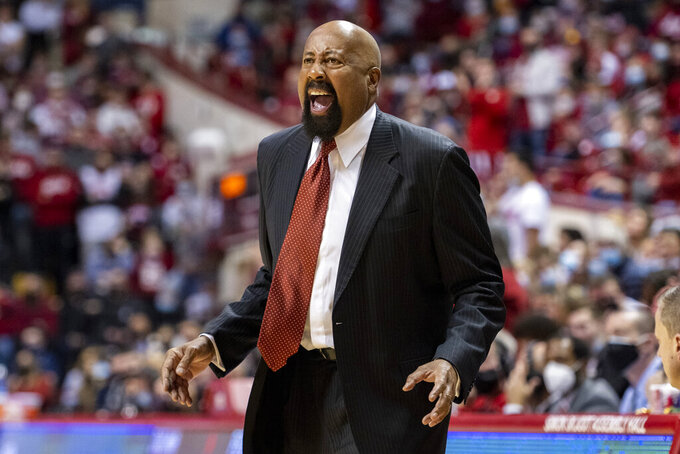 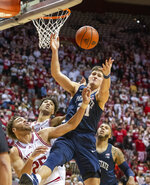 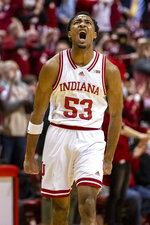 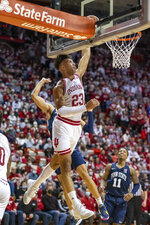 BLOOMINGTON, Ind. (AP) — Xavier Johnson had 19 points, Race Thompson added 18 and Trayce Jackson-Davis scored 13 of his 15 in the first half to help Indiana cruise to a 74-57 win over Penn State on Wednesday night.

Johnson shot 7 of 12 from the field and had six assists. Jackson-Davis added six rebounds, four assists and four blocks.

The Hoosiers (15-5, 6-4 Big Ten) rebounded from an 80-62 home loss to Michigan last Sunday for their fifth win in the last six games. Indiana looked like the team that, despite never cracking into the Top 25, received at least 35 votes in each of the first four AP polls this season. The Hoosiers had eight of their 10 blocks and forced seven turnovers while they limited Penn State to 16.7% (6 of 30) shooting in the first half for a 46-17 lead.

Jackson-Davis scored in the paint 13 seconds into the game to spark a 12-0 run that culminated when Miller Kopp stripped the ball from Seth Lundy and threw it ahead to Xavier Johnson for a layup with 15:57 left before halftime and Penn State trailed by double figures the rest of the way.

Thompson scored six points in a 9-0 spurt that made it 31-8 with 7:41 left in the half and Jackson-Davis made a put-back dunk — leaping to grab the rebound with both hands before throwing down a left-hand finish — to give the Hoosiers a 31-point lead with 1:35 remaining.

Rob Phinisee, a key reserve for Indiana this season, left with about 7 minutes to play in the first half and did not return after what appeared to be a lower-body injury.