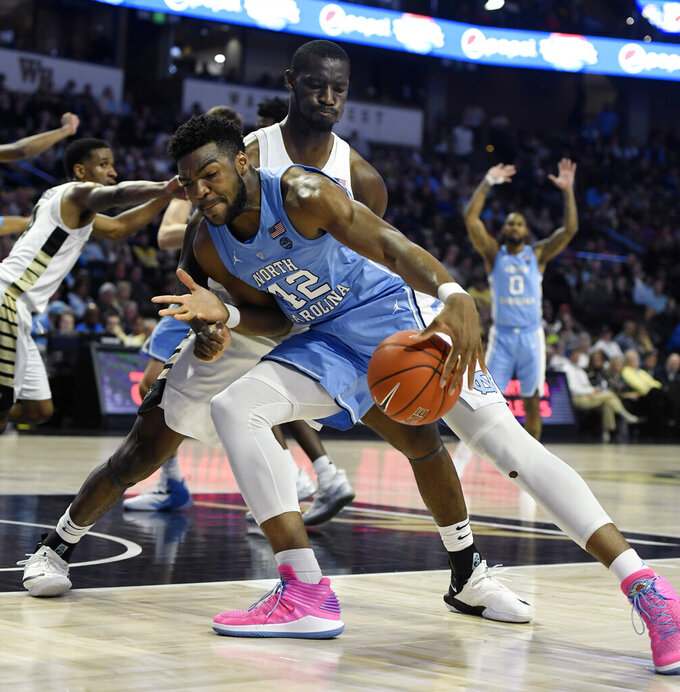 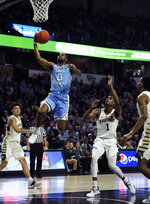 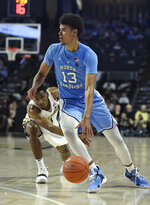 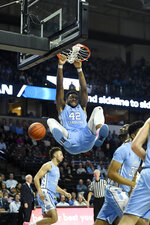 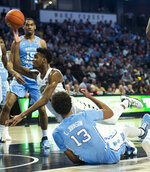 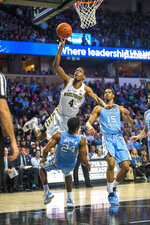 WINSTON-SALEM, N.C. (AP) — Eighth-ranked North Carolina responded to its first loss in a month by pouncing on an overmatched opponent and rolling to its biggest margin of victory ever in an Atlantic Coast Conference road game.

Cameron Johnson scored 27 points and fueled the Tar Heels' game-opening run of 18 straight points in Saturday's 95-57 win at Wake Forest. The 38-point margin of victory was a school record, surpassing the previous highs of 34 points in league road games at Virginia and Virginia Tech during the 2004-05 season.

It also marked the most lopsided win by either team in the longtime instate series, as well as Wake Forest's worst loss in their Joel Coliseum home of nearly three decades.

"We jumped on them early," senior Kenny Williams said. "I think our defense was really focused and we made everything tough on them."

Still, Williams pointed to UNC being outrebounded to say things weren't perfect. Hall of Fame coach Roy Williams, too, could point to 11 first-half turnovers for the Tar Heels (20-5, 10-2 Atlantic Coast Conference) as another concern.

Minor issues, all, after a blowout win.

The Tar Heels, who lost to fourth-ranked Virginia on Monday, ran out to leads of 18-0, 25-3 and 35-7. They shot 74 percent in the opening half and finished at 62 percent while making 16 of 25 3-pointers, with that 64-percent conversion rate a program record for any road game in which they attempted a minimum of 20 3s.

"I don't think I really shot the ball too well in practice yesterday," Johnson said. "So I really kind of took some extra time to do some extra shoulder work, make sure that was feeling all right, get everything moving well. And I guess it paid off for today."

"We came out and didn't do a lot of things well," Wake Forest coach Danny Manning said. "Carolina came out, made some shots, rebounded the ball, put us in a tough spot. ... And then from there, it just kind of snowballed."

UNC: The Tar Heels got anything they wanted to start a game that resembled more of a November tuneup than a February league date.

Wake Forest: The Demon Deacons have won once since beating then-No. 17 North Carolina State on Jan. 15. Things began badly Saturday when Hoard didn't start after oversleeping and arriving late for the pregame shootaround, and they got no better.

"I put my team and my coach in a bad position today," Hoard said.

UNC freshman reserve Nassir Little was a gametime decision after rolling his right ankle early against Virginia. He played 11 first-half minutes but wasn't on the bench after halftime.

Roy Williams said Little took a shot to the chest but was OK.

"He was already a little uncomfortable for his ankle, so we decided it was silly to try to play him those minutes," he said. "Let's get him feeling better, give his ankle another half to rest, too. It's not a big deal, as far as I know."

Wake Forest leading scorer Brandon Childress (15.1 points) went scoreless on 0-for-12 shooting, including eight missed 3-pointers. It was the second time in four games he failed to make a shot, including going 0 for 11 in a 64-37 loss at Clemson on Feb. 3.

UNC: The Tar Heels travel to Cameron Indoor Stadium for a rivalry game against second-ranked Duke on Wednesday.