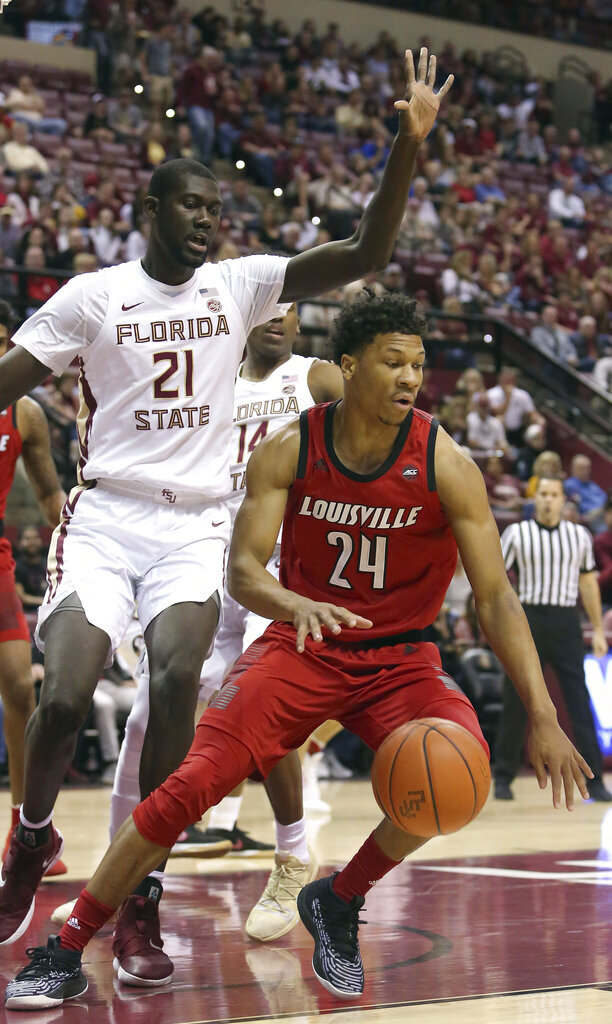 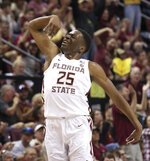 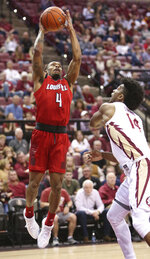 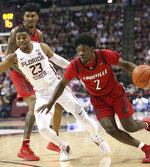 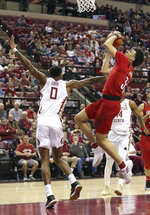 TALLAHASSEE, Fla. (AP) — Florida State didn't consistently make its free throws on Saturday in regulation. But in overtime, the Seminoles' success at the line was the reason why they won.

Mfiondu Kabengele scored 22 points and Terance Mann added 20 as No. 22 Florida State erased a 10-point second-half deficit to force overtime, where the Seminoles made 11 of 12 free-throw attempts to knock off No. 16 Louisville 80-75 on Saturday.

The Seminoles had made just 16 of 24 free-throw attempts in regulation but they opened overtime by making all six free throws as part of an 8-0 run. Mann was 5 of 5 from the free-throw line in the extra period, giving him his second straight 20-point game.

"Just experience being in those moments through all of our career, we've been in overtime," Mann said. "Just being able to stay resilient and knock those free throws down was big."

Kabengele and Mann were critical as Florida State (18-5, 6-4 ACC) came back. Mann, a senior leader, connected on 4 of 6 shots from the floor and 9 of 11 free-throw attempts on Saturday. A redshirt sophomore, Kabengele shot 7 of 12 from the floor and pulled down seven rebounds.

It was the 16th time this season that Kabengele has come off the bench to score in double figures. And on Saturday, he did it while logging a season-high 36 minutes.

"He's growing and improving and I think he's only scratched the surface of his potential," Florida State coach Leonard Hamilton said. "He's really doing a nice job. He's getting more and more confident. He's really growing up and maturing and making good decisions with the ball."

Christen Cunningham scored 20 points, including 13 in the first half, for Louisville (17-7, 8-3). Ryan McMahon made three 3-pointers in a span of 90 seconds in the second half as the Cardinals pulled ahead 52-42 but the Seminoles gradually chipped away at the deficit, tying the game on Trent Forrest's layup with 34 seconds left.

The Cardinals' Jordan Nwora missed a 3-pointer with six seconds left in regulation. Florida State's Phil Cofer pulled down the rebound, ran down the court but missed a desperation 25-footer at the buzzer.

"The same things that we pride ourselves on is what got us beat," Cunningham said. "Not turning the ball over. Being tough with the ball. Rebounding. Being the tougher team. It's a super tough loss for us."

Louisville lost a pair of starters, Steven Enoch and Khwan Fore, to foul trouble. Enoch had six points and four rebounds in just 14 minutes, while Fore had six points.

Coach Chris Mack said he felt Louisville was in control, especially considering that the Cardinals led 63-59 after Malik Williams' 3-pointer with 2:08 left in regulation. But the lead fizzled after a pair of Florida State steals as well as baskets by Kabengele and M.J. Walker.

"That one was tough to swallow," Louisville coach Chris Mack said. "Felt like for the better part of the game we did what we needed to do to put ourselves in position to win. . I thought we had the game in hand (in the final minutes). Not that it was a layup to win. But we weren't able to."

The Seminoles have won five straight ACC games for the first time since 2011-12.

Florida State had 11 steals, forcing Louisville into 23 turnovers. That's the most turnovers forced by Florida State this season.

The Seminoles had five players record steals, including Forrest's five. It's the second straight game that Florida State has had 11 steals, matching the production in a victory at Syracuse on Tuesday.

"I kind of had a feeling that we would wear them down because our game plan was so good," Mann said.

The Cardinals could slip a few spots after losing to North Carolina and Florida State in eight days. The Seminoles can make an argument to move up into the top 20 on their recent win streak.

Louisville: The Cardinals led 52-42 with 10:07 to go but couldn't close out an eighth victory in the last nine games.

Florida State: The Seminoles defeated their second ranked opponent this season. Florida State also defeated Purdue at home in November, and the Seminoles also suffered an 80-78 loss at home to No. 1 Duke.

Louisville will play host to Duke on Tuesday.