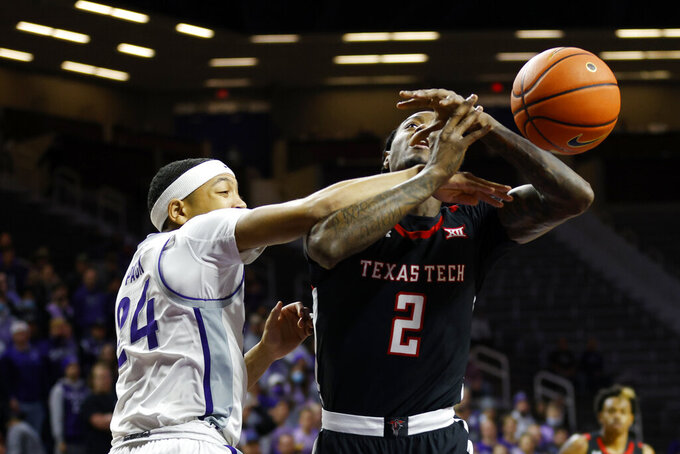 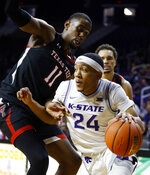 Smith finished with 12 points and Mike McGuirl had 10 for the Wildcats (9-7, 1-4 Big 12), who failed to hold second-half leads in each of their four previous games. They got it done against a Texas Tech team that handed No. 1 Baylor its first loss of the season earlier this week.

“The guys had a ‘not today’ approach,” said Kansas State assistant coach Chris Lowry, who spoke after the game because coach Bruce Weber had lost his voice. “We consistently talk with them about why the good practices haven’t translated to wins. Today, we challenged them to finish.

“We’ve been ready to play, just not ready to finish. Today, that was different.”

Bryson Williams scored 20 points to lead the Red Raiders (13-4, 3-2), who were playing their fourth game in eight days. The Red Raiders beat No. 9 Kansas last Saturday, knocked off Baylor on Tuesday and dismantled Oklahoma State on Thursday.

But Texas Tech appeared to run out of steam against K-State, shooting 39.6% from the field. Terrence Shannon Jr.’s jumper with 4:54 remaining got the Red Raiders within 50-49, but they didn’t make another shot from the field.

“I mean, guys were definitely fatigued,” Williams said. “We played a lot of games in a short stretch.

“But this is a team that doesn’t look for excuses. We just come out and know that every time we step out on the floor it’s going to be a dogfight. This is the Big 12, the best conference in America. So we know that anybody we step on the floor with, we’re gonna have to come and bring it.”

“We were good enough to get wins, but we let some slip away,” Smith said. “This was a really good one to get, because they’re a Top-25 team. Hopefully this will help build momentum.”

McGuirl added, “Tonight was a step in the right direction.”

Texas Tech led by two points at halftime and extended the lead to 31-26 early in the second half, but K-State quickly rallied to go back in front. Neither team led by more than five points until Selton Miguel’s layup put the Wildcats ahead 55-49 with 2:32 left.

Shannon came in leading the Red Raiders in scoring at 14.3 points per game but hadn’t played since Dec. 14 because of a back injury. His late jumper was his only basket on Saturday.

There weren’t a lot of people witnessing the game. With temperatures in the 20s and an overnight snowfall, the arena appeared about one-third full.

Texas Tech: It’s hard playing four games in eight days in the Big 12. The Red Raiders struggled with their energy, especially late in the second half.

Kansas State: Not only did the Wildcats finally hold onto a late lead, they finished the game with a 7-0 run.

Kansas State: At No. 21 Texas on Tuesday.