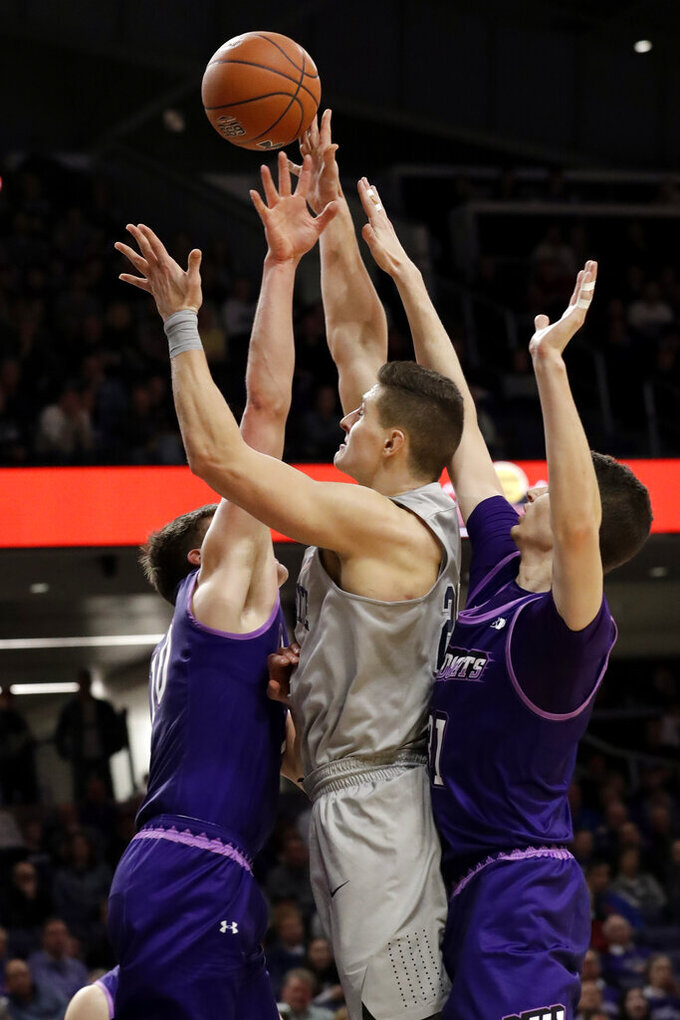 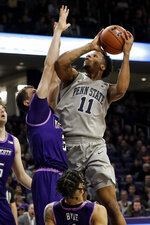 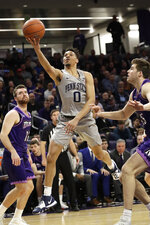 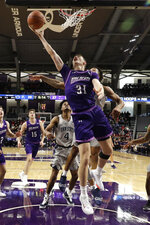 EVANSTON, Ill. (AP) — Penn State coach Patrick Chambers chose to focus on the positives this season — not the recent rough patch. And he's banking on the Nittany Lions to put a loss to Northwestern behind them with the Big Ten Tournament coming up.

Penn State (21-10, 11-9) hoped to head into the conference tournament on a winning note, only to stumble against one of the worst teams in the league and lose for the fifth time in six games. Even so, the Nittany Lions have their second 20-win season in 11 years. And those 11 victories in Big Ten play are second only to the 12 posted by the 1995-96 team.

“I’m really proud of what we’ve done -- 21 wins, 11 wins in this league,” Chambers said. “We had eight teams in the top 25. I am not going to diminish or steal the joy from my players and my staff. Am I disappointed how we’re finishing these games here? Yeah. However, the big picture, the macro — these kids have done something Penn State really hasn’t seen.”

“I’m with coach,” he said. “We have a lot to be proud of. But, obviously, there’s still more work to be done.”

The Wildcats went on a 17-2 run down the stretch to bump their lead to 16 and came away with the win after losing 13 of 14. They moved a half-game ahead of last-place Nebraska.

Stevens continued to close in on Penn State's all-time scoring record, finishing with 18 points despite making just 5 of 20 shots. That gave him 2,207 in four seasons, six shy of the mark set by Talor Battle from 2007-11.

Myles Dread scored 14, nailing four 3s. John Harrar had 12 points and 14 rebounds with Mike Watkins held out for violating team rules. But the Nittany Lions got knocked off again after losing to Iowa and Michigan State.

Northwestern led 55-54 midway through the second half when Buie converted a three-point play to start the decisive run. Kopp hit two 3-pointers during that stretch, including one from the corner that drew loud cheers from the crowd. Buie then hit one of his own to make it 72-56 with five minutes remaining, and the Wildcats won for the second time in three games.

“I kept telling them all year, just keep putting yourself at the doorstep and keep banging on the door,” coach Chris Collins said.

Penn State missed its first eight shots and trailed by as many as 14 in the first half before turning things around.

The Nittany Lions tied it at 32 with 1:31 remaining on Stevens' hook shot. Two free throws by Harrar with just under a minute left gave them their first lead of the game before Northwestern's Ryan Young hit two of his own with 15 seconds remaining. But after making the big push, Penn State fizzled down the stretch.

“We look weary, mentally and physically,” Chambers said. “We need a couple days off. Let’s reboot. Isn’t that what we all do with our computers and phones? Let’s reset, let’s reboot and let’s get our energy back. It’s a new season, right? It’s a new season, Big Ten Tournament.”

Penn State: The Nittany Lions head into the conference tournament reeling after losing to a team that was tied for last in the Big Ten.

Northwestern: The Wildcats haven't had much to celebrate in the three years since their lone NCAA Tournament appearance.