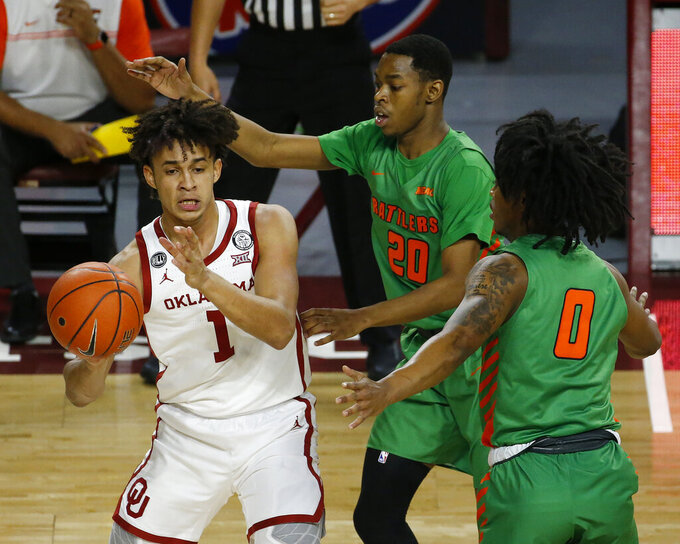 Oklahoma's Jalen Hill (1) passes the ball away from Florida A&M's Jai Clark (20) and Jahvon Smith (0) during the first half of an NCAA college basketball game in Norman, Okla., Saturday, Dec. 12, 2020. (AP Photo/Garett Fisbeck) 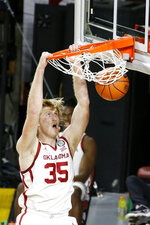 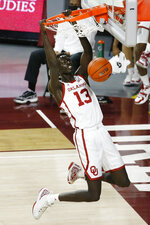 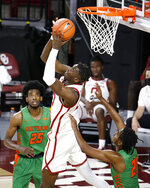 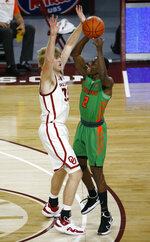 Oklahoma (3-1) was coming off a stinging midweek loss at Xavier in the Big 12/Big East Challenge and Kuath set the tone early against Florida A&M with a drive, a jumper and a dunk as the Sooners built an opening 18-6 lead.

Eleven Sooners scored in the game. Austin Reaves had 12 with eight assists, De'Vion Harmon and Alondes Williams scored 10 each.

The Rattlers (0-4) had traveled across the country on short notice to Oregon on Sunday, a COVID-19 fill-in for each school, before returning to Florida and then making the trip to Norman.