Langford helps Indiana down No. 6 Michigan State 79-75 in OT 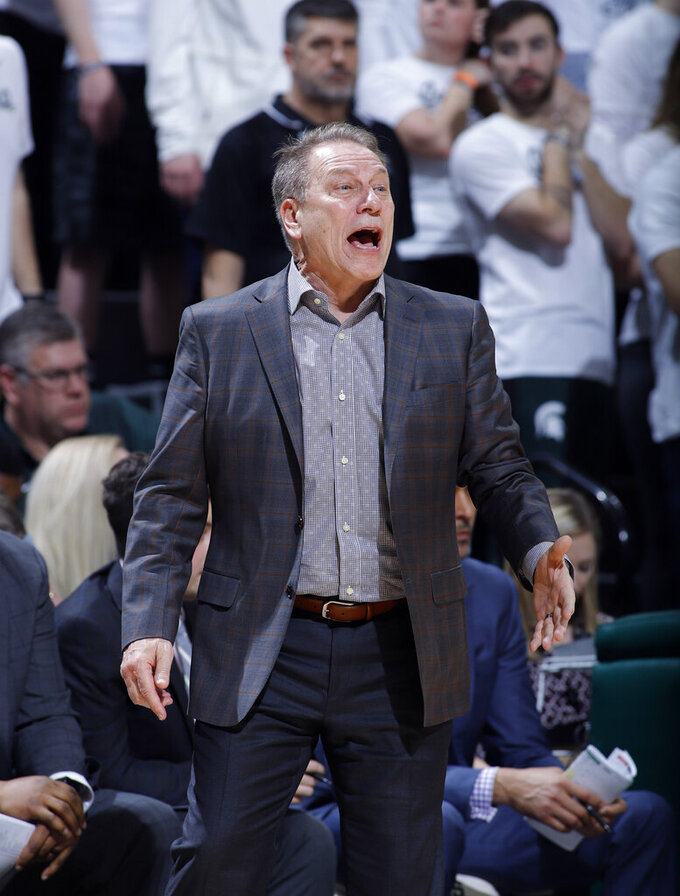 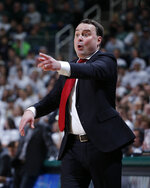 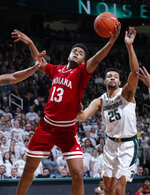 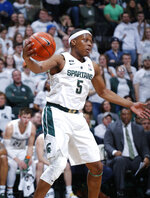 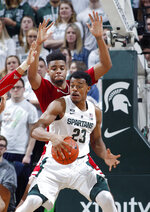 EAST LANSING, Mich. (AP) — Coach Archie Miller earned his signature win at Indiana when no one outside the once-proud program saw it coming, especially when one of his best players went down with an injury.

Romeo Langford hit a go-ahead 3-pointer early in overtime and the Hoosiers ended a seven-game skid, taking advantage of No. 6 Michigan State's poor foul shooting for a 79-75 victory Saturday.

"This is a big confidence-booster," Langford said.

The Hoosiers (13-9, 4-7 Big Ten) stopped their longest losing streak in nearly eight years, upsetting one of the top teams in the country on its home court with a crowd more fired up than usual because ESPN's "College GameDay" was at the Breslin Center all day.

"This is the stage you want to be on when you come to Indiana," Miller said. "The way we practiced the last couple of days, the way we addressed the first half of the Big Ten season, I see we have the light at the end of the tunnel. ... We looked like a different team."

Miller , in his second season with the Hoosiers, is 29-24 overall. He two previous wins over ranked teams were against No. 18 Notre Dame last season and No. 24 Marquette in November.

The banged-up Hoosiers were already minus forward Zach McRoberts before the game started because his injured left foot was in a protective boot, then star forward Juwan Morgan went down with a shoulder injury in the first half.

"It's all about being able to take blows and throw hard blows back," Langford said.

Indiana held Michigan State scoreless for nearly 7 minutes in the first half. The Spartans rallied well enough to lead by three at halftime before the momentum swung, with 15 lead changes and three ties.

In the end, Michigan State couldn't make enough shots — especially free throws — or stops to win. And, the Spartans (18-4, 9-2) have dropped two straight for the first time this season after winning 13 in a row.

"We got what we deserved," coach Tom Izzo said softly.

Michigan State doomed its chances to win at the line, making just 8 of 22 free throws.

The Spartans trailed by one with 18 seconds left in regulation before Nick Ward made one of two free throws. He finished 1 of 9 at the line.

Langford scored 19 points, including his 3 that put the Hoosiers ahead with 3:13 left in OT. Indiana's Al Durham added 14 and Justin Smith had 13 points along with three blocks, including one against Winston with 4 seconds left.

"It's awesome to see guys step up and play," Miller said.

De'Ron Davis had 12 points for the Hoosiers and Devonte Green scored 11, returning from injuries for the first time since playing Jan. 19 at Purdue.

"That makes a big difference for our team having them coming back," Miller said.

Indiana: As encouraging as the Hoosiers' performance was, the health of Morgan is a key factor for the rest of the season. He was diving for a loose ball as Michigan State's Kyle Ahrens also went for it and landed on Morgan's back. Morgan had surgery on the same shoulder in 2016. He had five points and six rebounds against the Spartans after coming into the game averaging 16.4 points and eight rebounds a game.

"I just know he hurt his shoulder," Miller said.

Michigan State: Izzo's team had been winning without Joshua Langford, but they are starting to struggle offensively without the shooting guard, who is out for the season because of a foot injury. The Spartans made just 33 percent of their shots in overtime and made 45 percent overall. They are missing Langford, who was their third-leading scorer, and Kyle Ahrens is limited because of a back injury.

"We had some offensively struggles because in my mind we're missing two guys," Izzo said.

Izzo has had a Hall of Fame career in part because his teams have been tough enough to outrebound opponents. In the loss, the Hoosiers grabbed eight more rebounds and had 20 on the offensive end.

Indiana: Hosts Iowa on Thursday night and closes the regular season with six of nine games at home.