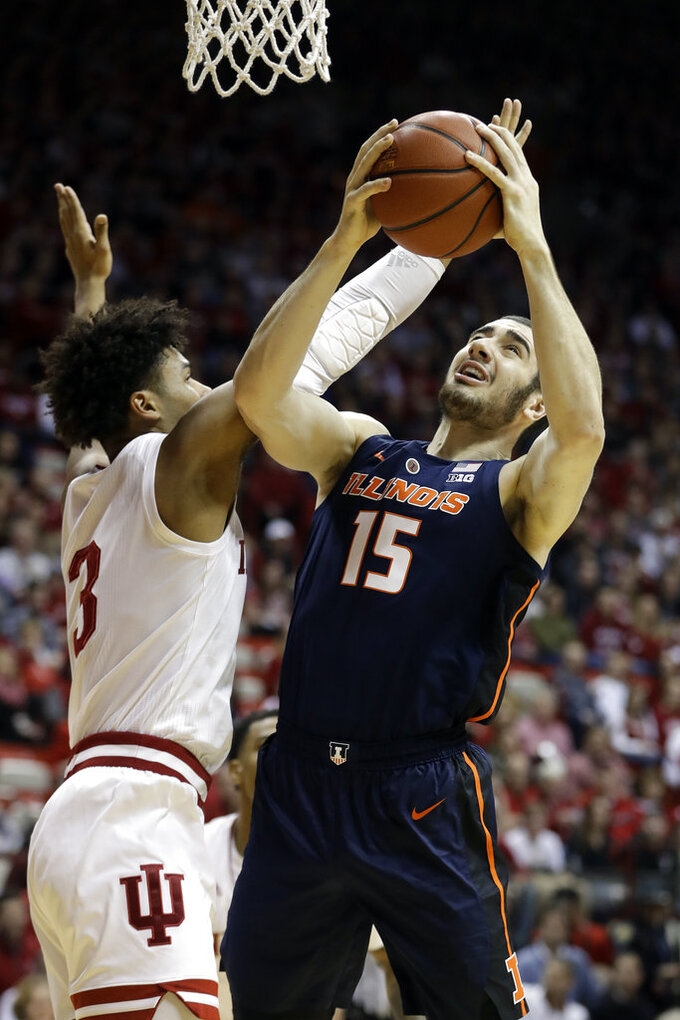 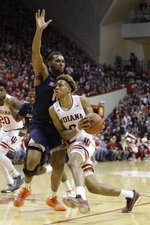 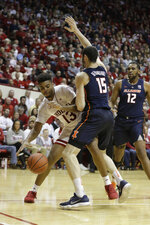 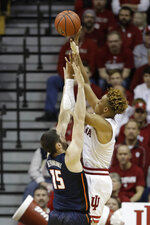 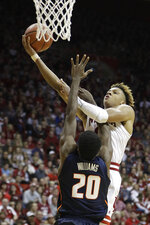 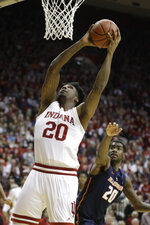 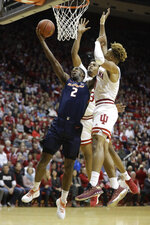 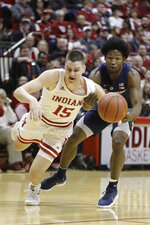 BLOOMINGTON, Ind. (AP) — Indiana appeared to be in trouble against Illinois in its return from an 11-day layoff.

Then, the No. 21 Hoosiers' defense locked in and freshman Romeo Langford did the rest.

"I felt like this was my best game so far, all around, maybe on the defensive end, too," Langford said. "I am getting a lot more comfortable and now that Rob (Phinisee) is out for a while with his little injury he has, that caused for me to have the ball more in my hand and I'm comfortable with doing that."

With Indiana looking rusty, the Fighting Illini charged to an early lead, making 11 of their first 18 shots on the way to a 25-15 lead.

Langford shot an efficient 8 for 13 from the field and 11 of 15 from the line for Indiana. The talented freshman set the tone for the Hoosiers in the second half, scoring the first 10 points for the Hoosiers. Langford totaled 19 points in the half on seven shots.

After being down 10 through the first 9:11 of action, Indiana turned up its defense and limited Illinois to 35 percent shooting for the rest of the game. Indiana forced nearly as many turnovers (21) as field goals allowed (25). Six of Illinois' turnovers came on forced shot-clock violations.

"Whenever you get a good stop, it just translates to the offensive end," Morgan said.

The Hoosiers have built a habit of trailing early before kicking into full gear, trailing by five or more points in the first half of every game during their win streak.

Indiana head coach Archie Miller stated his team is fully aware of what's needed for them to reach their potential.

"Our guys know that if we're going to be successful, though, it's defense-to-offense, it's not allowing easy baskets. It's rebounding and being able to get down to the other end."

The Hoosiers led by as many as 15 points, but a late run by Illinois, fueled by a three-quarters court press that took the Hoosiers out of rhythm, helped cut the lead to four points. But Langford and Morgan made their free throws late and extended the lead to eight points, the final margin.

The Hoosiers know they will have to play a full 40 minute game on Sunday, as they face second-ranked Michigan.

"It will be definitely a difficult game, it's not easy going to Ann Arbor," Morgan said. "It will be a dogfight for sure, and just like today we had to anchor down on the defensive end and we know Michigan is a great defensive team, so we have to really run our stuff and be crisp on that end."

Illinois: The Fighting Illini lost their third straight game and the road ahead doesn't appear to give them a break, with three ranked opponents on the schedule for January.

Indiana: The Hoosiers stay hot, winning their seventh consecutive game. The Hoosiers will look to continue that streak with six of their next eight games on the road in conference play.

STAT OF THE NIGHT:

The Hoosiers spent much of the night at the charity stripe, taking 35 free throw attempts to Illinois' 12. Indiana made good use of their time at the line, making 25 of their attempts.

Miller updated the status of guard Rob Phinisee, who missed Thursday's game with a concussion: "I doubt he plays at Michigan. I would take that off the table."

Illinois: Sunday on the road against in-state rival Northwestern.

Indiana: At Ann Arbor against No. 2 Michigan on Sunday.