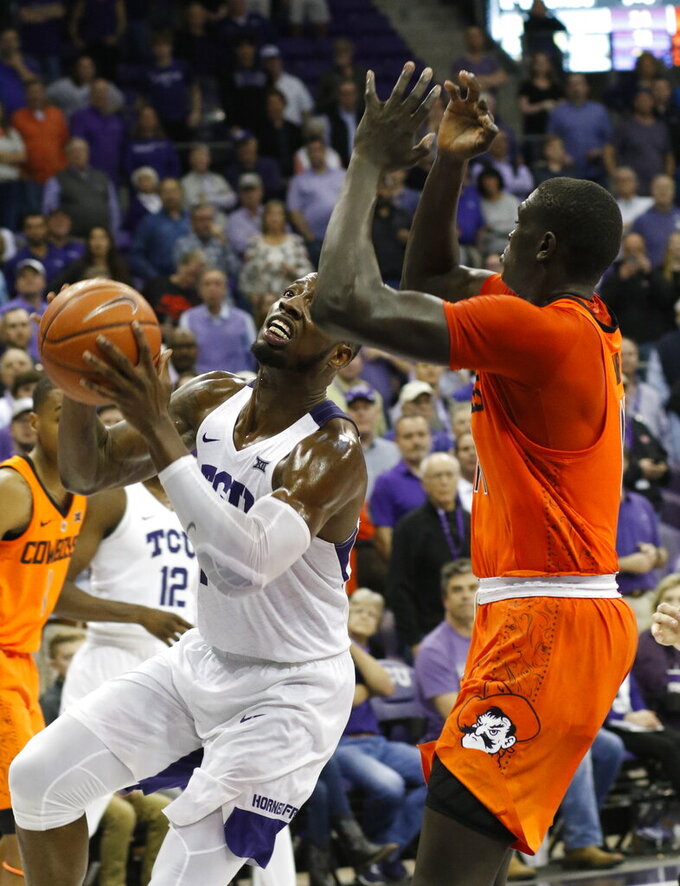 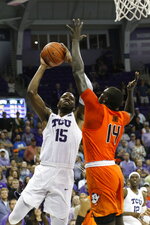 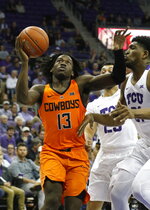 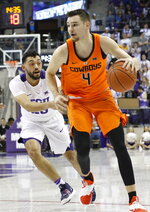 FORT WORTH, Texas (AP) — JD Miller certainly wasn't the first option for TCU on the final play. He still made the game-winning shot.

Miller hit a short running fadeaway jumper in the final second and the Horned Frogs beat Oklahoma State 70-68 after blowing a 13-point lead in the second half.

"To be truly honest, that play was not supposed to go to me," said Miller, 2-of-11 shooting before his winning shot. "It worked out great."

With Alex Robinson guarded, Miller got the inbound pass and worked his way down the court. Instead of kicking out to guard Kendric Davis, Miller cut through the lane and took the tough shot.

"Probably our last option, but it is an option," coach Jamie Dixon said. "It's something we practiced over and over, but I don't know if we've had it finish like that before."

Miller was mobbed by his teammates as the buzzer sounded and Oklahoma State players headed to the tunnel toward the locker room. The game wasn't quite over, with officials putting .3 seconds back on the clock after looking at the replay, though a last-ditch full-court pass didn't work out for the Cowboys.

"They made a tough shot at the end to beat us," Cowboys coach Mike Boynton said.

"It's a really cool accomplishment, but JD stole the show," Robinson said. "That was amazing."

The final shot by Miller, who finished with 11 points, capped a game-ending 10-3 run for the Horned Frogs.

Kouat Noi had 12 points on four 3-pointers for TCU.

It wasn't until Bane's second-effort basket with 1:16 left that the Frogs regained the lead. His initial shot was blocked by Lindy Waters, but Bane got the ball back and immediately took another shot that went in for a 66-65 lead. Bane added two free throws with 24 seconds left before Dziagwa's tying shot.

Oklahoma St.: Despite having only seven scholarship players, and a five-game Big 12 losing streak, the Cowboys are playing hard.

"I am proud of our team, fighting an uphill battle on most nights short-handed," Boynton said. "We didn't play as well as we needed to in the first half to really put ourselves in a position, but I am proud of our kids for the way they fought in the second half to make it a competitive game."

Robinson's fourth assist of the game, the 576th of his career, came on a 3-pointer by Bane with just under nine minutes left in the first half. That surpassed the school record of 575 set from 2002-05 by Corey Santee, who congratulated Robinson in a video message shown during the ensuing timeout.

Oklahoma State is on the road again to play No. 13 Kansas.

TCU plays Saturday at No. 17 Iowa State, then is back home next Monday night to play the Jayhawks.