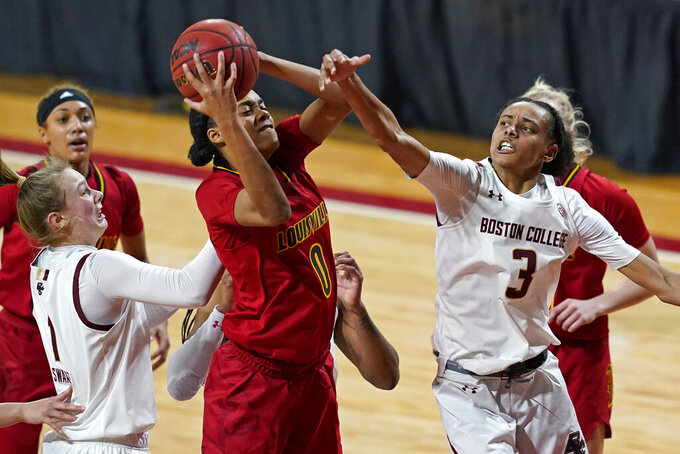 Michigan’s men’s basketball game Thursday against Illinois has been postponed.

That will be the fifth straight game the fourth-ranked Wolverines miss. They’ve been following a Jan. 23 recommendation from the state health department that the school pause athletic activities in all sports. That came after several positive tests for a new COVID-19 variant that transmits at a higher rate.

The Boston College women’s basketball team is going back into a COVID shutdown for the second time in a month.

The Atlantic Coast Conference postponed BC’s next two games after a positive test and contact tracing within the program. The Eagles already had four games postponed from Jan. 17 until Thursday, when they lost to No. 1 Louisville 97-68.

For now, BC is scheduled to return on Feb. 16 against Pittsburgh. Originally scheduled as a home game for the Panthers, they will instead play in Boston.

The 31-year-old Slovakian said he and two Bora-Hansgrohe teammates — including his brother Juraj — all tested positive for COVID-19 on Gran Canaria.

Sagan said on his Instagram account that they are “feeling well” and are isolating on the Spanish island.

The results came from PCR tests conducted as they prepared to travel home.