League tournaments set to impact who gets high NCAA seeds 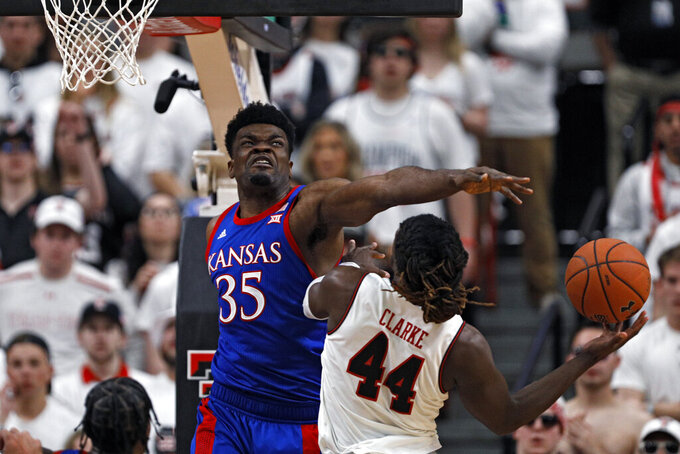 Conference tournaments are likely to carry significant implications when it comes to seeding for the NCAA Tournament.

The Atlantic Coast Conference becomes the first of the five power conferences to open tournament play Tuesday, while the Big Ten, Southeastern, American Athletic and Atlantic-10 conferences will go all the way to Selection Sunday before crowning their champion.

Here are some of the top storylines to watch this week for AP Top 25 teams:

No. 1 Kansas is playing like the nation’s best team in a year with plenty of uncertainty at the top. A run through the Big 12 Tournament in Kansas City, Missouri, could put the Jayhawks in position to claim the No. 1 overall seed in the NCAA Tournament.

Kansas has won 16 straight games since that Jan. 11 loss to the Bears and has a national-best 12 wins in Quadrant 1 games to top its NCAA resume, along with playing the nation’s top-ranked nonconference strength of schedule.

The Bears, who spent five weeks at No. 1 in the AP Top 25, have lost three of five. But they are second to Kansas with 11 Quadrant 1 wins and could eliminate any question of whether they should get a No. 1 regional seed by winning the tournament.

Fourth-ranked Florida State won its first ACC regular-season championship. The question is how high of a seed can the Seminoles earn if they pair that with the league tournament title.

FSU joins No. 10 Duke, No. 15 Louisville and No. 17 Virginia in earning byes into Thursday’s quarterfinals in Greensboro, North Carolina. The Seminoles (26-5, 16-4) are pursuing their second tournament championship, the other coming in 2012.

FSU was solidly on the 2-line in seeding on BracketMatrix.com’s average of 122 tournament projections as of Monday afternoon, and it’s unclear if the Seminoles would be able to climb to a No. 1 seed without losses by highly ranked teams like Dayton or Baylor.

The Big Ten is the nation’s top-ranked conference in KenPom’s efficiency metrics, far ahead of the Big 12 and the Big East, though the league has offered no dominant team.

The Big Ten Tournament, starting Wednesday in Indianapolis, will give those teams one more chance to make their case as the league’s best.

Ninth-ranked Michigan State, No. 12 Maryland and No. 18 Wisconsin tied for the regular-season title, though the Badgers will have the top seed for a field featuring a national-best six ranked teams.

Every Big Ten school has at least seven losses, with the Spartans and Terrapins the highest of that group in BracketMatrix as No. 3 seeds while the league flirts with around 10 tournament bids. But it’s possible the Big Ten might have zero No. 1 or No. 2 seeds, which has happened just once dating to the 2008 bracket (in 2017).

No. 16 Seton Hall squandered two chances to win the Big East regular-season outright. The Pirates ended up sharing the title with No. 7 Creighton and No. 11 Villanova.

Now Seton Hall is a No. 3 seed in the Big East Tournament that opens Wednesday in New York’s Madison Square Garden. The Pirates open against Marquette in Thursday’s quarterfinals, a game that features a pair of the nation’s best guards in Seton Hall’s Myles Powell and national scoring leader Markus Howard of Marquette.

Howard is averaging 27.8 points and has scored 30 or more in five straight games, while Powell – who is averaging 21.0 points – finished with a combined 29 points in losses to Villanova and Creighton to end the regular season.

Along with the Big Ten, the Atlantic 10, SEC and AAC have championship games on Selection Sunday.

In the Atlantic 10, third-ranked Dayton (29-2, 18-0) will try to remain unbeaten against league teams in Brooklyn while keeping itself in position to earn a No. 1 seed behind Obi Toppin, a strong candidate to be national player of the year.

In the SEC, No. 8 Kentucky is the top seed and could meet No. 20 Auburn in the title game in Nashville. And in the AAC, Cincinnati owns the top seed ahead of No. 22 Houston in Fort Worth, Texas.