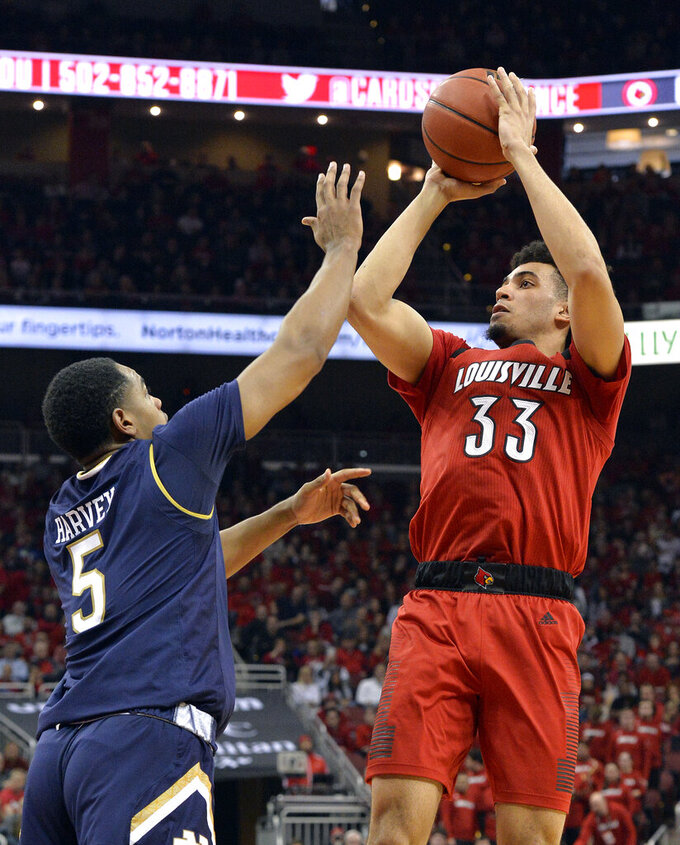 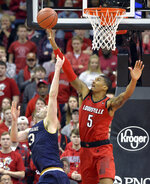 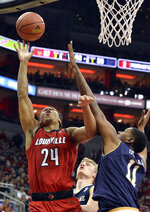 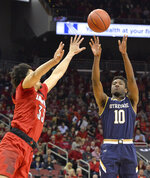 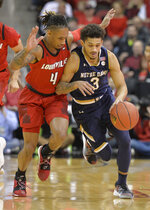 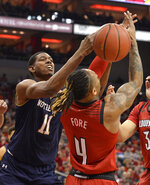 LOUISVILLE, Ky. (AP) — For the first time in two weeks, Louisville players hugged each other in celebration instead of consolation.

Then again, the Cardinals had reasons to rejoice after their solid performance stifled Notre Dame.

"It feels good," coach Chris Mack said. "I know our guys, there's a sense of relief and it feels like the monkey's off our back. Now we press forward and start playing better like we did today."

After shooting a combined 30 percent and being outrebounded twice during the recent skid, the Cardinals (19-11, 10-7 Atlantic Coast Conference) bounced back by controlling the paint on both ends. They outrebounded the Fighting Irish 49-30 and created chances resulting in a 46-26 advantage inside and 48 percent shooting.

Louisville's only blemish was 2-of-22 shooting from behind the arc (9 percent), but those frequent misfires didn't matter. The Cardinals never trailed and led the final 37:37.

Something had to give after they went 2-6 last month, including the recent slide that knocked Louisville from the AP Top 25 .

Nwora and Williams benefited the most by either finishing up opportunities or cleaning up possessions. Nwora made 8 of 17 attempts while Williams was 6 of 7. Williams also tied his rebounding best set against Lipscomb on Dec. 12.

"I was just preaching we have to play two halves," said Nwora, who also had 11 rebounds. "Keep our energy up. Play urgently the whole game. We have a tendency to take our feet off the gas. That's something we can't do, especially now come March. So, that's what we worked on, getting the ball up the court, playing fast."

Christen Cunningham had 14 points in his home finale while forward V.J. King had a career-best 10 rebounds with six points.

"I thought their physicality in the lane and being a little older in some spots won out," Irish coach Mike Brey said of the Cardinals. "We were so bad from the foul line in the second half, and we've been overall a pretty good free throw-shooting team. If you're going to make it interesting, you've got to hit those free throws."

Brey and Mack praised King for being a presence. The player said was just a matter of maximizing his opportunity.

"Just make an impact on the game," King said, "pick my spots offensively, rebounding, just doing everything needed to stay on the floor. I'm not putting any pressure on myself to get any minutes or statistics.'

"I'm always trying to get better in every aspect of my game. That's how I stay motivated in practice being ready."

Notre Dame: The young Irish seemed on the verge of making things interesting, especially with Mooney making baskets. They just couldn't score consistently and allowed Louisville too easy many baskets inside. Freshman guard Prentiss Hubb had 16 points and T.J. Gibbs 11.

Louisville: After Mack criticized his team's lack of toughness in the Boston College loss, the Cardinals responded more aggressively on both ends to earn a much-needed victory. They pushed the pace, fought for rebounds and offset horrid shooting from long range to frequently work the ball inside.