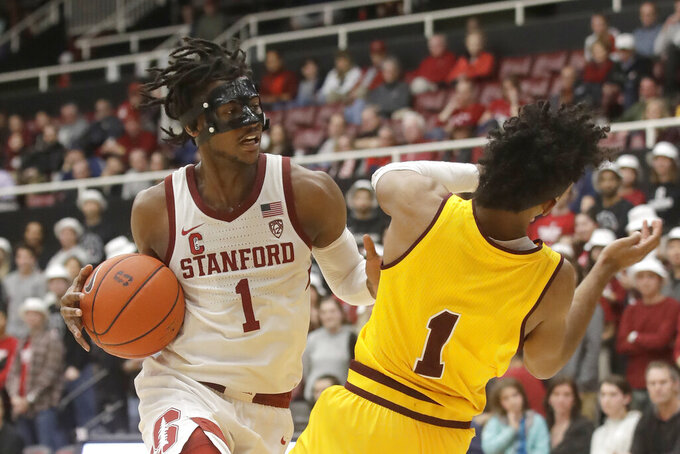 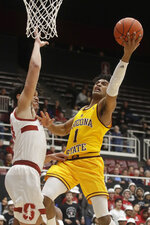 STANFORD, Calif. (AP) — Remy Martin knows all about finishing a game. The junior guard did what his team needed down the stretch.

Martin scored 24 points, including a key layup in the final 32 seconds, helping Arizona State hold on for a 74-69 victory over Stanford on Thursday night.

“We're getting better contributions from multiple positions,” Sun Devils coach Bobby Hurley said. “We're just getting more guys playing well. When you have a guy like Verge, who got it going, it was pretty special. Remy closed the game out well for us.”

Tyrell Terry matched his career-high with 24 points for the Cardinal (16-8, 5-6), who lost their sixth in seven games after opening conference play with a 4-0 mark.

Jaiden Delaire added 11 points for Stanford, which had beat the Sun Devils seven of their previous eight trips to Maples Pavilion.

“Any time you’re at home it’s a heck of an opportunity,” Stanford coach Jerod Haase said. “We’re going through a tough time right now. I need to do a better job of creating energy.”

Stanford was without leading scorer and rebounder Oscar da Silva, who was unavailable because of a head injury sustained against Colorado.

“It was tough to see that,” Hurley said. “As a former player, knowing how physical this game is and knowing what you put your body through, what happened was very difficult to watch. I was happy that he's OK, and I'm sure he'll be back. Certainly, he adds a strong component to their offense, the way he can score it for them, both inside and outside. He's a very versatile guy. They're a different team when he's in the game.”

The Cardinal shaved nine points off a 13-point deficit to draw within 50-46 with 13:33 remaining to play but Arizona State came back to open an 11-point advantage with just over five minutes left.

Terry instigated a run that brought Stanford within 68-65 going into the final minute but two costly turnovers stalled the comeback bid.

Terry stole the ball with 13 seconds left in the half and hit a layup to bring the Cardinal within 36-29 entering the intermission.

Arizona State: Martin, who became the sixth player to score at least 20 points against Stanford, jumped two spots to 24th on the Sun Devils all-time scoring list. … Verge Jr. continues his recent scoring spree. The junior guard is averaging about 17 points over his past six games. He averaged 6.2 in his previous five games. “Verge is playing with an air of confidence, he wants the ball, he's letting me know, ‘Hey, I'm feeling it.’ I never want to take him out of the game. Once the game or the half starts, I'm looking to get him in the game,” Hurley said.

Stanford: da SIlva ranks 10th in scoring in the Pac-12 and his 60.2% shooting is among the top 25 in the nation. … Terry scored 20 or more points for the eight time and has reached double figures in scoring in all but one of his 23 games.