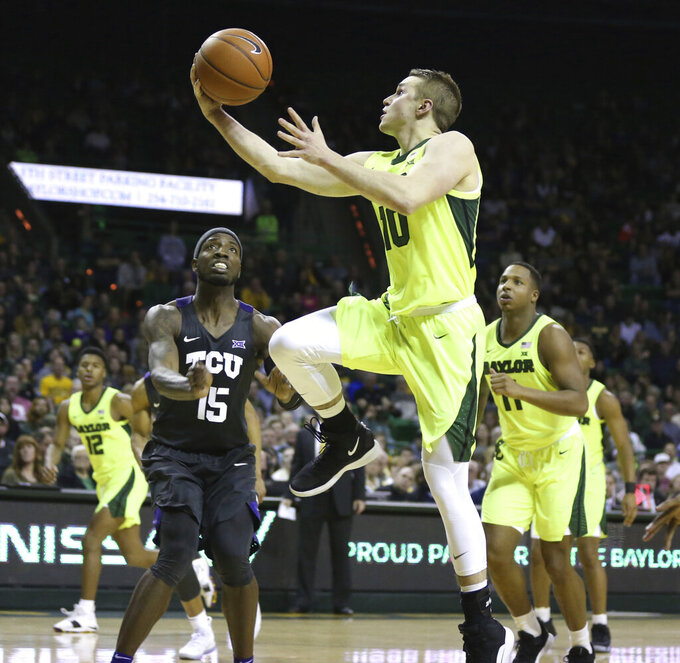 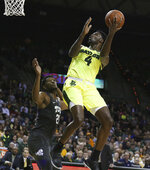 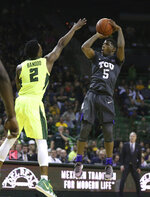 WACO, Texas (AP) — Makai Mason got the ball right back from a teammate after passing it away, and hit a 3-pointer. There was a blocked shot that led to another 3, and then Baylor's guard drew a charge that he immediately followed by making yet another long-range shot.

Mason made nine 3-pointers, the most by a Big 12 player this season, and scored a career-high 40 points as the Bears stretched their winning streak to six games with a 90-64 victory over rival TCU on Saturday night.

"It was pretty fun. I was just kind of locked in and my teammates did a great job of finding me," said Mason, who finished 14-of-20 shooting, including 9-of-12 on 3-pointers. "I got some pretty easy looks just by some penetrations and kicks."

Baylor's first 16 points after halftime were scored by Mason, part of a longer incredible 7 1/2-minute stretch when he made his first eight shots after the break — six of them from beyond the arc.

The Bears (15-6, 6-2 Big 12) won their fifth consecutive Big 12 game. They remained in a tie for the conference lead with Kansas State after the Wildcats won at Oklahoma State earlier in the day.

"Get Mason up here and talk to him," TCU coach Jamie Dixon said when he took the podium after the game. "We tried different defenses that we're not very good at, and I think he got some more on that. ... We're not good at certain things, and we tried them tonight in desperation down 20, and he just kept going."

Mason's nine made 3s were one short of the Baylor overall single-game school record set by LaceDarius Dunn eight years ago, and matched Dunn's record for a Big 12 game. His 40 points were the most by a Baylor player ever in a Big 12 game.

The first graduate transfer ever at Baylor, his previous career high had been 31 points — when playing for Yale in a win over Baylor in the 2016 NCAA Tournament.

"It was definitely similar in being in the zone," Mason said. "I got a couple easy looks early and then went from there."

"We're concerned about everything. You can go down the list. We got hammered," Dixon said.

Baylor: This is the fourth time Baylor has won five consecutive Big 12 games in the same season, and the third time in four years. The school record is six in a row, the final four conference games in 2010 and the first two in 2011.

Baylor went into this season as one of nine teams to be ranked in each of the previous 11 seasons (back to 2007-08). The Bears didn't get any votes in this week's Top 25, but should start making a move to their first ranking this season with a long winning streak that includes three Big 12 road wins.

TCU plays three of its next four games at home, starting Wednesday night against Oklahoma State.