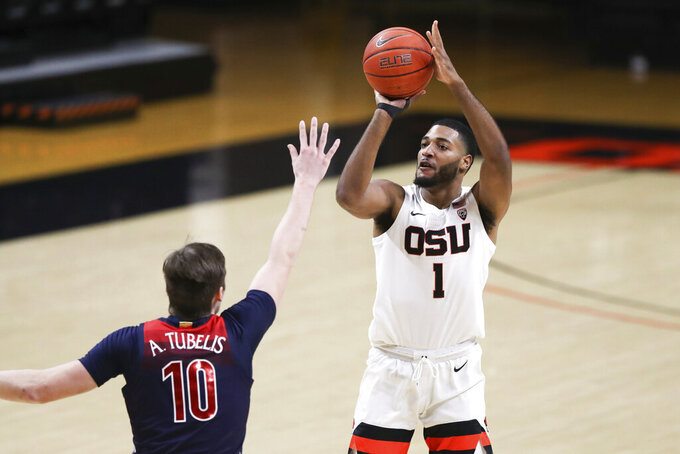 Mathurin scored the first seven points, Brown the next four and then Tubelis had four while the Beavers were missing their first 10 shots and and Arizona was off and running.

The Beavers more than doubled their first-half points in the second half but it wasn't near enough to make up for a first half when they were 1 for 9 from 3-point range, shot 36% and fell behind 47-21.

Arizona shot 54% in the first half, outrebounded the Beavers 23-12 and had a 32-14 advantage on inside points. Brown had 15 points, Tubelis 11 and Mathurin nine.