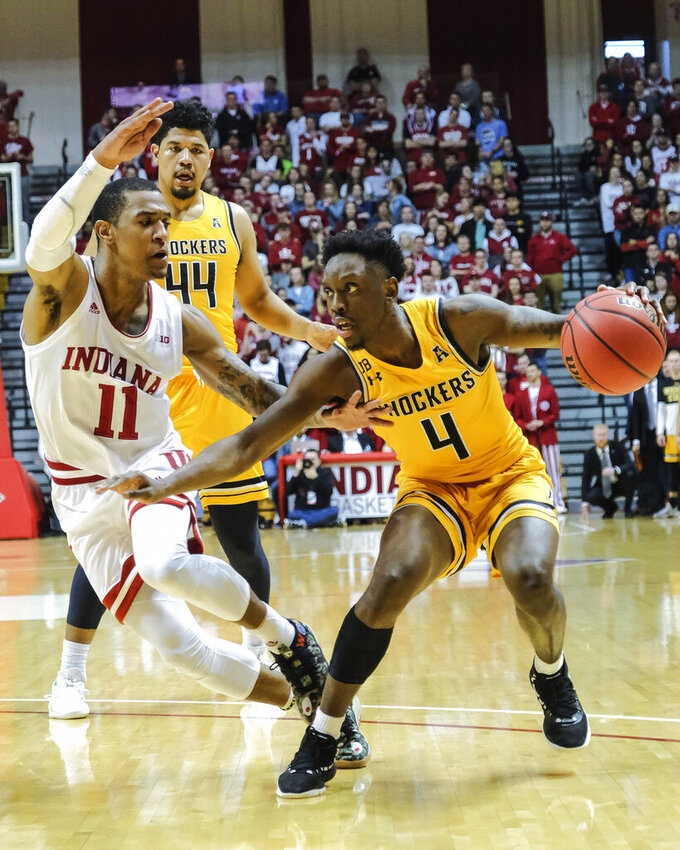 Wichita State guard Samajae Haynes-Jones (4) moves around Indiana guard Devonte Green (11) in the first half of an NCAA college basketball game in the third round of the NIT tournament in Bloomington, Ind., Tuesday, March 26, 2019. Wichita State won 73-63. (AP Photo/AJ Mast) 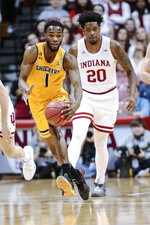 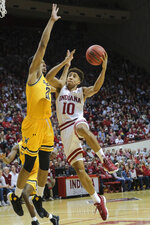 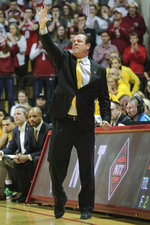 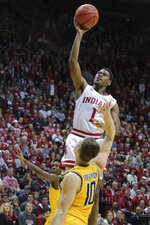 BLOOMINGTON, Ind. (AP) — Markis McDuffie had 21 points as Wichita State got past Indiana 73-63 in the quarterfinals of the NIT on Tuesday night.

Freshman Dexter Dennis had 17 points and six blocks for Wichita State (22-14), which set a season-high for blocks with nine — eight coming in the first half. Samajae Haynes-Jones added 13 points and six rebounds. Jaime Echenique had 11 rebounds for the visitors.

Indiana led 10-9 with 11:07 remaining in the first half but the Shockers answered with a 15-3 run to take the first double-digit lead of the game. The Hoosiers twice got it within one point in the second half but both times Wichita State hit a 3-pointer on its next possession.