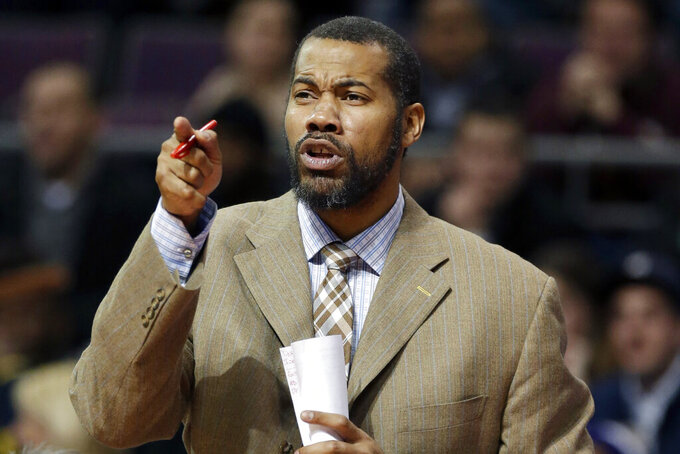 The Tigers announced the hiring Thursday with the move finally official.

“I’m excited about adding Rasheed to the program,” Hardaway said in a statement. “He is someone our ‘bigs,’ and our entire team, will learn a tremendous amount from. All of his experience in the NBA and knowledge of the game will be key to our success.”

The announcement comes a day after five-star Emoni Bates announced his commitment to Memphis for the upcoming season. The 6-foot-8 guard has been called a generational talent and is projected as the No. 1 overall pick when he becomes eligible for the NBA draft after he turns 19 in 2023.

Wallace won the 2004 NBA championship with the Detroit Pistons where he was coached by Brown. He was a four-time All-Star and reached 14 postseasons. Wallace helped North Carolina to the Final Four in 1995 and was the fourth overall draft pick by Washington in 1995.

Wallace has been an assistant with Detroit and was head coach at Charles E. Jordan High School in Durham, North Carolina, the past two years. He called it a surprise but a pleasure when Hardaway called offering him a job.

“I am extremely eager to work with the young men on the team, and I’m excited to cross paths again with coach Brown and work with coach (Cody) Toppert.”

Memphis won the NIT championship this spring and finished with a 20-8 record. The Tigers have won at least 20 games in each of Hardaway's three seasons.