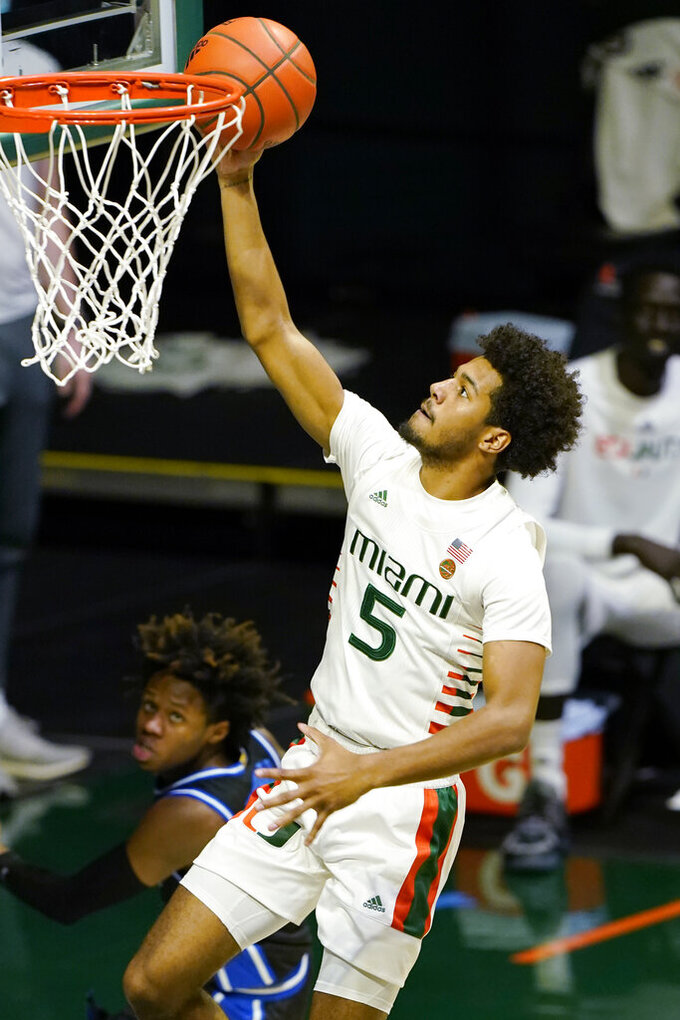 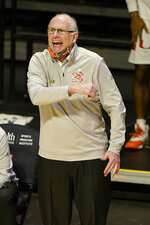 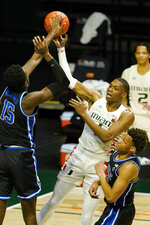 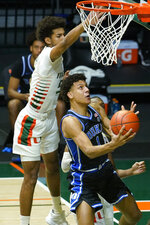 The Hurricanes, whose previous three games with the Blue Devils were losses by at least 30 points, made this one difficult by missing 4 of 8 free throws, including the front end of two 1-and-1 opportunities, in the final 75 seconds.

But Walker made a pair with 12.8 seconds to go that proved to be the difference. He made it 77-73 before a tipin by Duke forward Wendell Moore Jr. at 4.9 seconds.

Wong missed his front end with 4.3 seconds remaining but Duke capped its frustrating night by not being able to get up a final shot.

With just six scholarship players available, Miami (7-10, 3-9 Atlantic Coast Conference) had lost four-straight games without reaching 60 points in any of them. Wong was questionable after spraining an ankle on Saturday.

There were 20 lead changes and the big lead for both teams was six points. Duke led 35-33 at the half.

The next game for both teams is on Saturday. Duke faces North Carolina when both are unranked for the first time since the 1959-60 season. Miami plays No. 16 Virginia Tech.