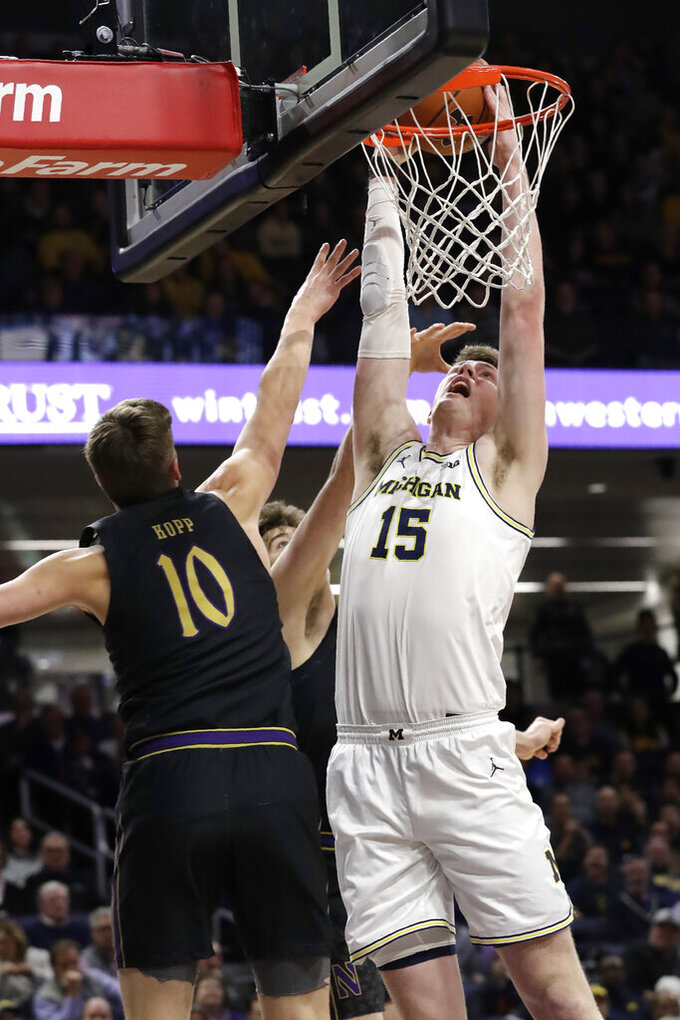 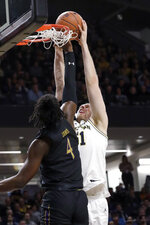 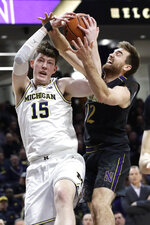 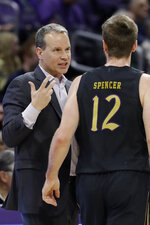 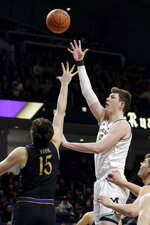 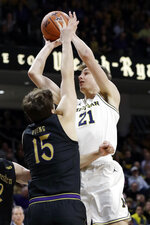 EVANSTON, Ill. (AP) — Juwan Howard noticed the sea of maize and blue as he scanned the crowd during the national anthem. He had friends and relatives behind the bench, and former teammate Dikembe Mutombo was on hand, too.

It was quite a night for Howard, particularly with Michigan picking up a victory.

“Something about Chicago air,” he said. “I love Chicago air. This is where I grew up. Once I got off the plane, I smelled it. I was like, ‘Ahh, ahh. I’m home.'”

Howard is from the city's South Side. And his first game coaching the Wolverines (15-9, 6-7 Big Ten) in the Chicago area turned into a rather lopsided affair.

Michigan took control in the first half, withstood a minor push in the second and came away with a rather easy victory.

Brooks nailed four 3-pointers, including a momentum stopper after Northwestern cut a 23-point lead in the second half to 12. Livers played 30 minutes and made all seven free throws in his second game back after missing nine of 10 with a groin injury. And Michigan won for the fourth time in five games since losing four straight.

“I hate to say it,” Livers said. “It's always that Michigan tradition — Michigan being that second-half-of-a-season team. I hate it. But right now, I have to love it because it's definitely gonna help us make our run through the Big Ten Tournament and try to punch that ticket to March Madness.”

“I thought we looked a little bit tired tonight, and give them credit,” coach Chris Collins said. “I thought they were fast to the ball, they were pushing the ball and giving us a hard time in transition. They've got guys who've won a lot of games. Livers, Teske, Simpson, Brooks, those guys have won Big Tens. They've gone deep in the NCAA tournament. Their experience really showed tonight.”

Michigan: Near the bottom of the Big Ten after an impressive non-conference start, the Wolverines hope to make a push down the stretch. They made it look easy against Northwestern once they found their rhythm.

Northwestern: The Wildcats came into the game last in the Big Ten in scoring and among the worst in field-goal percentage. They did nothing to boost those numbers.

Michigan shook off a slow start to grab a 38-23 halftime lead, with Brooks and Livers each scoring nine and Austin Davis adding seven points down low.

The Wolverines missed their first 11 shots before Brooks nailed a 3, and they started to take control midway through the half. They trailed by seven before Brooks and Franz Wagner connected from beyond the arc to give them their first lead at 16-13. And Michigan simply pulled away from there.

That the shots started falling wasn't a big surprise to Howard. He thought the open looks the Wolverines were getting would go down as long as they kept their concentration on defense.

Michigan: The Wolverines will look to stay on a roll when they host Indiana on Sunday.

Northwestern: The Wildcats are eyeing another difficult matchup when they visit No. 13 Penn State on Saturday.