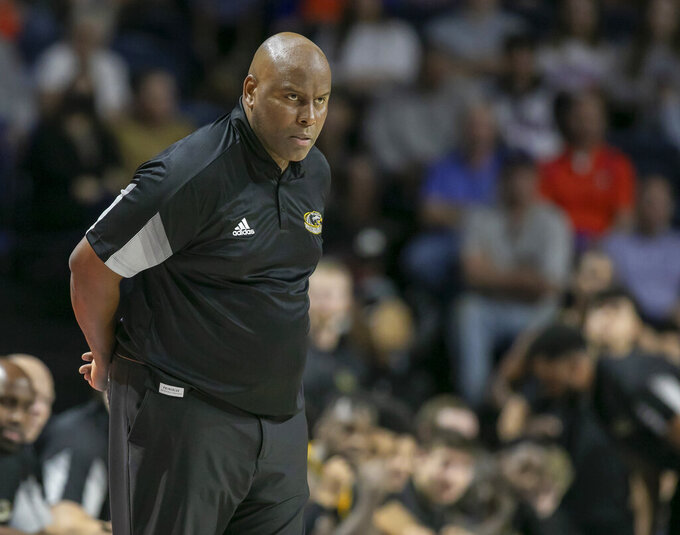 The Panthers went 57-92 overall and 34-59 in league play during Baldwin’s five-year tenure.

Milwaukee had high hopes this season following the arrival of five-star recruit Patrick Baldwin, the coach’s son. Patrick Baldwin was rated as the nation’s No. 8 prospect in his high school class according to composite rankings of recruiting sites compiled by 247Sports.

But the 6-foot-9 freshman dealt with nagging injuries all season and averaged 12.1 points and 5.8 rebounds while playing in just 11 of Milwaukee’s 32 games. Milwaukee finished 10-22 and lost 80-69 to UIC in the Horizon League Tournament.

Milwaukee had been picked finish fourth in the Horizon League in a preseason poll of conference coaches, sports information directors and media. The Panthers instead finished ninth out of 12 teams.

“On behalf of our entire program and the UWM community, we thank Coach Baldwin for his tireless work and for his time as the head coach of our program,” athletic director Amanda Braun said in a statement. “We appreciate Pat’s genuine commitment to our student-athletes, whether that was on the court, in the classroom, or as a mentor to young adults. We certainly wish him and his family all the best moving forward.”

Baldwin came to Milwaukee after spending four seasons as an assistant coach at Northwestern. He was on Northwestern’s staff when the Wildcats made their lone NCAA Tournament appearance in 2017.