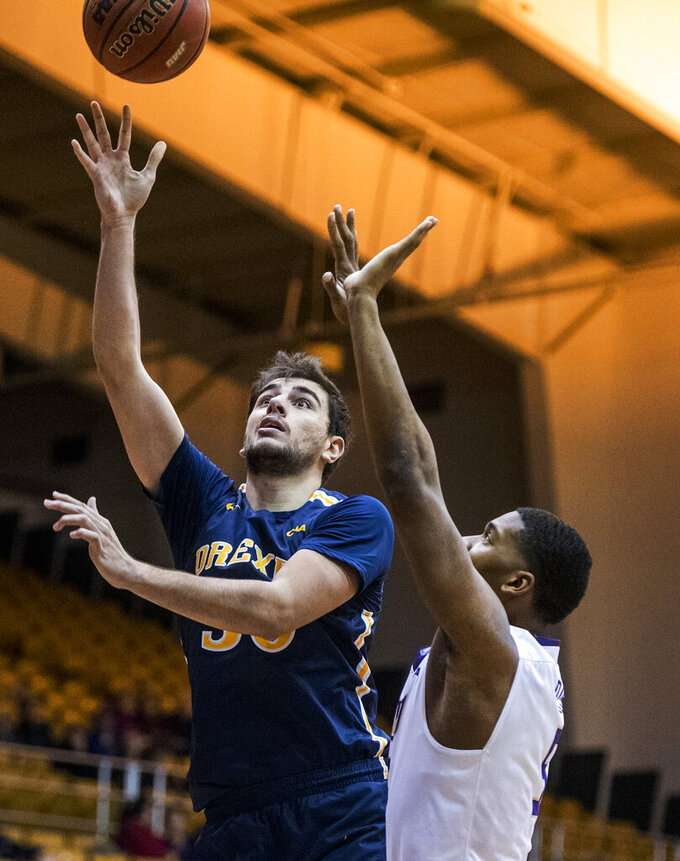 FILE - In this Thursday, Feb. 14, 2019, file photo, Drexel forward Alihan Demir (30) shoots against James Madison guard Darius Banks (5) during the first half of an NCAA college basketball game in Harrisonburg, Va. On Tuesday, May 7, 2019, Minnesota announced that they've added former Drexel forward Demir as a graduate transfer for the 2019-20 season. (Daniel Lin/Daily News-Record via AP)

The Gophers announced Tuesday that Demir, a 6-foot-9 native of Turkey, will join their roster in the fall. He played two years for Drexel, finishing second on the team in points (14.8 per game) and rebounds (6.4 per game) last season. Demir started 55 of 60 games in his career for the Dragons. Prior to coming to Drexel, he played one year at Central Wyoming College.

Demir will be the fourth newcomer for Minnesota next season, joining freshmen Sam Freeman, Isaiah Ihnen and Tre' Williams. Junior Payton Willis and sophomore Marcus Carr, transfers from Vanderbilt and Pittsburgh who sat out in 2018-19, will also make their Gophers debuts.