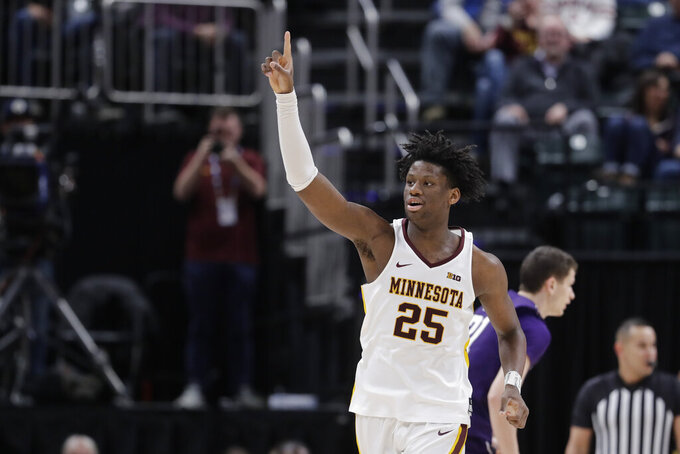 MINNEAPOLIS (AP) — Minnesota center Daniel Oturu said Monday he is declaring for the NBA draft after leading the Big Ten in rebounding and blocked shots as a sophomore.

Oturu made the announcement with a letter to fans on Instagram, saying he planned to hire an agent.

The 6-foot-10 Oturu averaged 20.1 points, 11.3 rebounds and 2.5 blocks per game this season. He was second in the conference in scoring and his 56.3% shooting percentage led the Big Ten.

The native of Woodbury, Minnesota, also was chosen for the Big Ten's All-Defensive team.