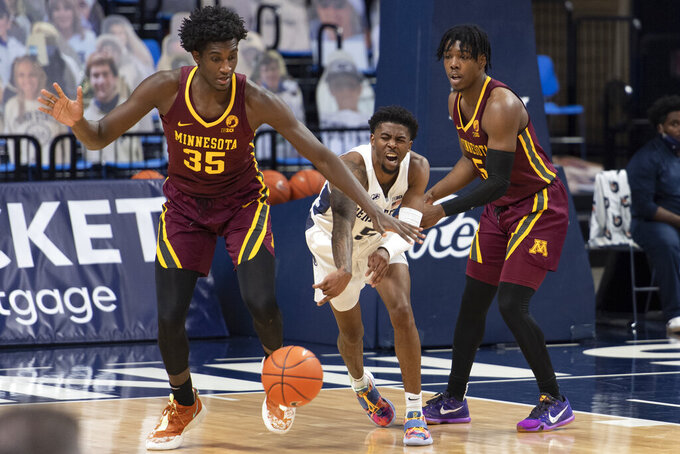 The Gophers revealed the news on Monday, 382 days after making the same announcement about Ihnen after he was hurt then in summer practice. His latest injury occurred last week.

“It’s disappointing to see Isaiah go through this after he worked hard to get back on the court this year and made significant strides to his game this summer,” head coach Ben Johnson said. “We will be with him every step of the way in his road to recovery.”

Ihnen tweeted, "I’ll be back, story’s not over!”

The 6-foot-10 native of Germany played in 50 games over his first two seasons, averaging 3.1 points, 3.1 rebounds and 13.1 minutes. Ihnen and fellow junior Parker Fox would have been two of the most experienced frontcourt players for the Gophers this season, but Fox is also out for a second straight year after a major knee injury requiring surgery.