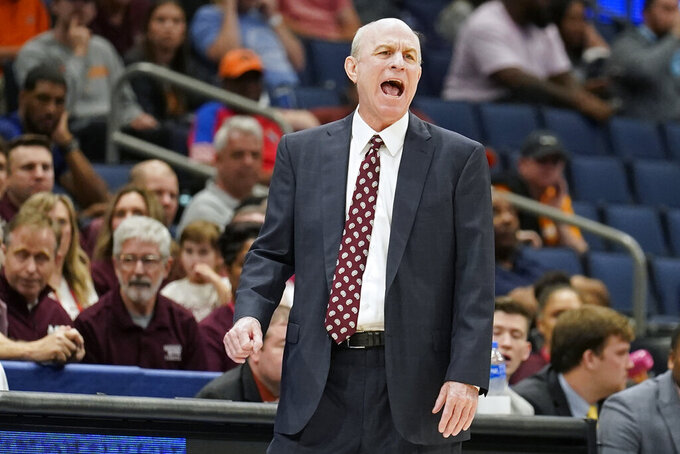 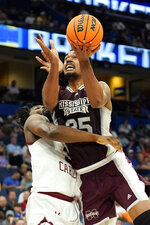 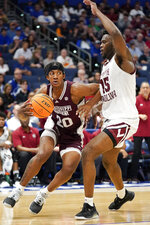 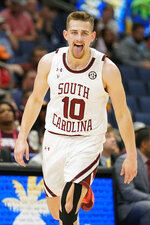 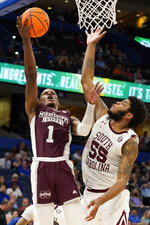 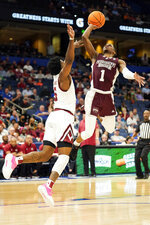 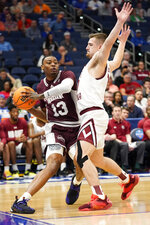 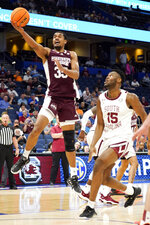 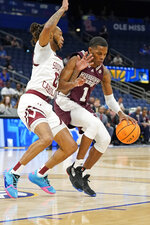 Smith was 8-of-14 shooting in collecting his fourth double-double this season for the Bulldogs (18-14), who will take on two-seed and ninth-ranked Tennessee in Friday's quarterfinals.

Iverson Molinar added 19 points though it came on only 6-of-20 shooting. Shakeel Moore added 12 points and five assists. Andersson Garcia had 12 rebounds.

Erik Stevenson scored 18 points, including four 3-pointers on 11 attempts, and had five assists for the Gamecocks (18-13), who had only four field goals in the second half. Devin Carter added 10 points. James Reese V, who came in averaging nearly 11 points per game, was held to two free throws.

MSU, which was 2 of 37 from the arc in its previous four games, stayed away from the long ball, making 3 of 11 tries, while outscoring South Carolina 42-16 in the paint. The Bulldogs also made 20 of 27 free throws to 11 of 19 for South Carolina.

The Gamecocks finished at 28% shooting, going 4 of 31 in the second half.

Wildens Leveque opened the second half with a bucket to tie the game but the Bulldogs scored the next nine points and led thereafter. Up by three with 13 minutes left, the Bulldogs outscored the Gamecocks 26-7 the rest of the way.

Stevenson had 13 first-half points with three 3-pointers but it was Mississippi State with a 36-34 lead at the break after Molinar made a pair of free throws with three seconds left.