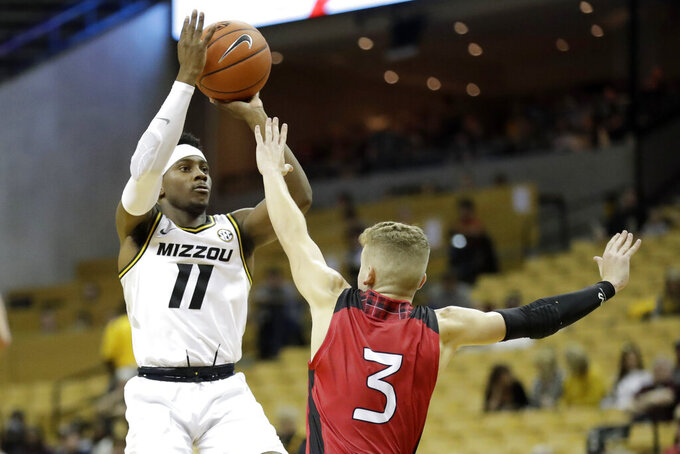 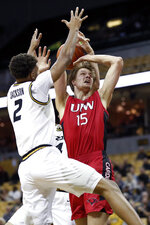 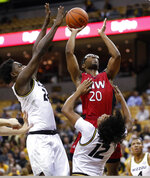 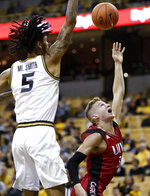 COLUMBIA, Mo. (AP) — Jeremiah Tilmon has tried every approach to avoid the foul trouble that has held him back the last two years. In Missouri's season-opening 82-42 victory over Incarnate Word on Wednesday, Tilmon tried a new approach — blissful ignorance — and it helped him score 16 points and block five shots.

"Usually, if I get my first foul or second foul, I get to looking up at the scoreboard," said Tilmon, who fouled out of 20 games the last two seasons. "Now, I'm just hooping. I wasn't worried about the fouls. I was just having fun and having a smile on my face."

Tilmon, a 6-foot-10 junior forward, sat down for good after committing his fourth foul with 7:15 left in the game. He said he didn't realize he had four fouls until someone on the bench told him.

Tilmon went on a tear midway through the first half, scoring four baskets in the paint — three of them off assists from Xavier Pinson — in a three-minute span as the Tigers expanded their lead from six to 14 points.

The Tigers led 43-22 at halftime and grew the lead to as many as 46 points in the second half. Incarnate Word shot 26.8% from the field and committed 21 turnovers.

Pinson had flashes of greatness as a freshman point guard, but he finished with more turnovers than assists. In the first game of his sophomore year, Pinson still had some flash — including a no-look pass to Tray Jackson, who finished with a dunk — but he also made the fundamental plays. Pinson finished with only two turnovers.

"The flashy passing is an instinct or a natural thing," Pinson said. "I calmed down and let the game come to me."

Pinson also created scoring chances with drives to the basket, which led to fouls. He made 8 of 11 free throws.

Incarnate Word: The Cardinals, who went 6-25 last season, are retooling with five freshmen and three players coming off redshirt seasons. Lutz, a lefty point guard, did not look intimidated in his first college game and appears to be a player Cunningham can build around.

"He's a got a lot of moxie," Cunningham said of Lutz. "He's played a lot of hoops. We have some other guys that will get it going and have done so in the past. Obviously, we did not shoot well at all today, and their pressure impacted that shooting and caused us to turn over the apple."

Missouri: The 3-point arc was moved back from 20 feet, 9 inches to the international distance of 22-1¾ inches this season. The Tigers struggled from the longer distance. Missouri made 7 of 31 from beyond the arc (22.6.

"We had open looks, and they didn't fall," Martin said.

Missouri: The Tigers return to action Friday against Northern Kentucky at home.