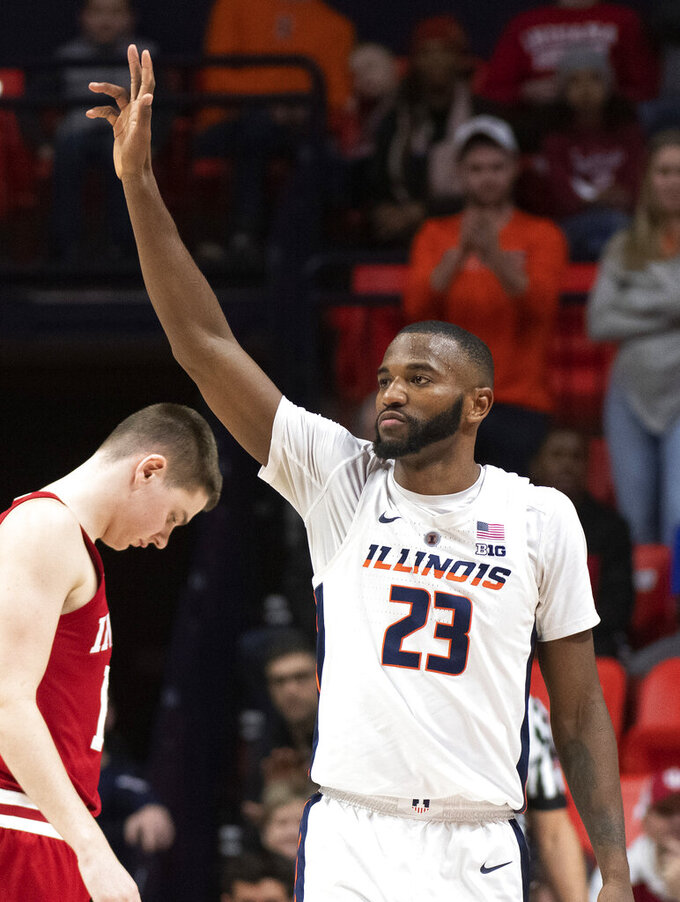 Illinois guard Aaron Jordan (23) waves to the crowd after being subbed out in his last home game, during the second half against Indiana in an NCAA college basketball game in Champaign, Ill., Thursday, March 7, 2019. (AP Photo/Stephen Haas) 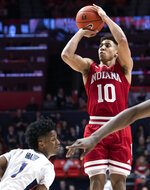 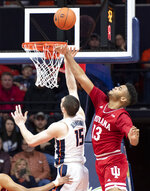 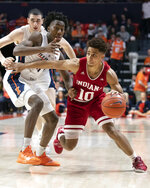 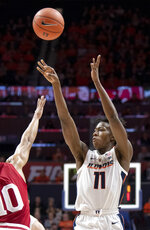 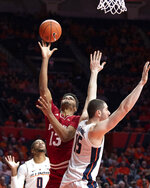 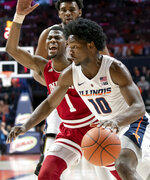 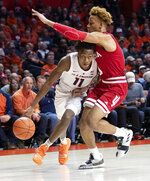 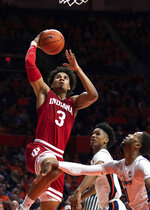 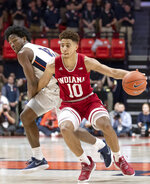 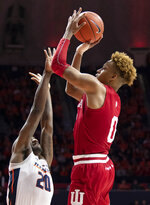 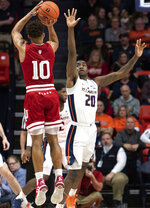 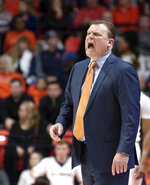 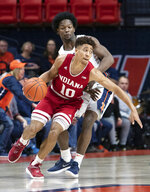 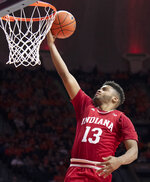 The Hoosiers were in control for most of the game, leading by as many as 22 points before Illinois went on a 6-0 run to close to within 13 points at 80-67 with 5:22 left. But Indiana took advantage of an obviously tired Illinois defense and iced the game.

Despite hitting 7 of 13 three-pointers in the first half, Illinois seemed out of synch and trailed 52-42 at the half.

Thursday's game had conference tournament implications for both teams.

Indiana likely will have a first-round bye in the tournament, while Illinois could find iteslef playing next Wednesday.

Indiana's wins last week at home over Wisconsin and Michigan State have thrust the Hoosiers back into the NCAA Tournament conversation, but they would need to beat Rutgers at home to have a chance.