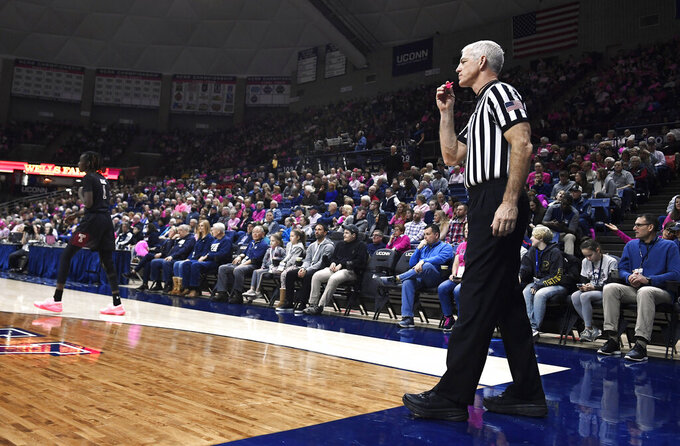 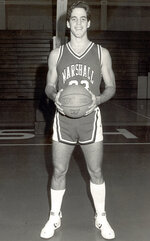 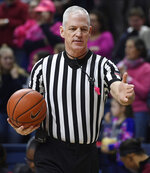 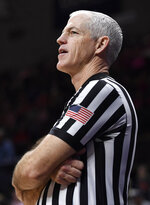 NEW YORK (AP) — Thirty-four years after hitting the longest shot in college basketball history, Bruce Morris is still amazed at what he accomplished.

Morris was Marshall's point guard when he hit the historic basket from 89 feet, 10 inches just before halftime against Appalachian State on Feb. 7, 1985.

He jokes that the "Shot Herd Round the World" should never have happened if his teammates had listened to their coach.

"I was the starting point guard and we were supposed to take the last shot of the half," Morris recalled in a phone interview this week, a few days before the anniversary. "I passed it to our 6-foot-9 forward in the corner with 12 seconds to go and he shot it and they had a fast break the other way. We had a tremendous block on the layup by Skeeter Roberts and I chased it down. It was going out of bounds and knowing that the horn was going to go off when I caught it, I turned and threw it."

The rest is history.

The shot drew some national attention as it was mentioned on the news, but this was way before the internet, and ESPN's "SportsCenter" was still in its early stages.

"I remember it was on the nightly news with Tom Brokaw because my parents were in Hawaii and saw it," Morris recalled. "I can only imagine what it would have been like now."

Morris is still involved with college basketball, officiating Division I women's hoops for nearly the past two decades after refereeing men's games for seven years. He's done NCAA regional games and has officiated in most of the conferences on the east coast.

Marshall has a permanent reminder of the shot, which was certified by the Guinness Book of World Records as the longest shot ever, on its floor with Morris' footprints on the court at the spot he hit it from. He lives about a mile from Marshall's campus and has officiated some preseason scrimmages there.

"Other officials I know when they do games at Marshall see the footprints and text or call me to ask if it's me," he said. "It's cool that it's a permanent reminder."

Morris recalled that the year after he graduated, Marshall brought him back to be part of a clothing promotion. He was given 10 shots to try and hit the historic one again.

"They chose 10 fans at random and if I made it they got like $1,000, if I hit the rim they got something also," Morris said. "I hit the rim once and hit the band nine times. They had me throw a girls' ball and it's a lot smaller and I was chucking that thing over into the stands."

The longest documented field goal before Morris' was made by Les Henson of Virginia Tech against Florida State in January 1980. Henson's shot, which won the game, traveled 89 feet 3 inches, according to the Guinness book.

While Morris fondly remembers his record-breaking shot, he was just as proud of his final basket at home against Davidson, a game-winning buzzer-beater.

"That won the game so people say: Which shot did you like better. They were both great," he said. "The longest shot is something that will last forever, that's another shot that I can say, my last game, my last shot, it went in to win the game, that's a good memory."

By Aaron Beard 38 minutes ago
By Richard J. Marcus 5 hrs ago
By Tommy Conmy 6 hrs ago
By Eric Olson 14 hrs ago
18 hrs ago