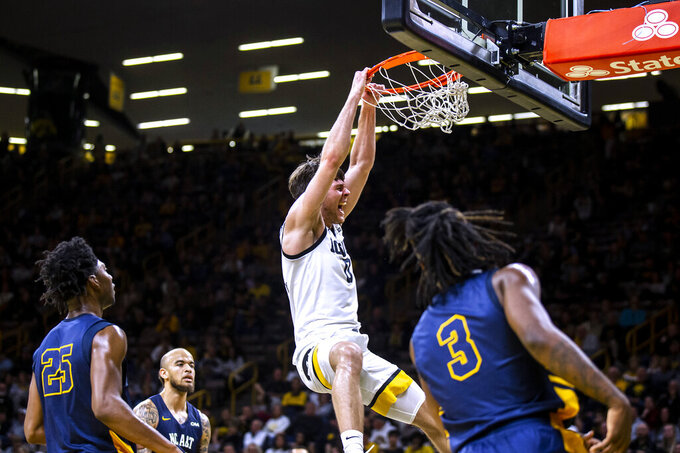 McCaffery scored nine points in Iowa's 14-3 game-opening run and Murray scored during their 11-0 run to close the half for a 52-32 lead. McCaffery and Murray each scored 15 points in the first half, nearly matching N.C A&T's output.

After N.C. A&T scored first in the second half, Iowa rattled off 16 straight points for a 34-point lead. Murray scored seven points during the run.

Iowa plays Seton Hall on Wednesday in the Gavitt Tipoff Games. N.C. A&T, which beat Edward Waters 100-61 in its opener, plays at Iowa State on Sunday.