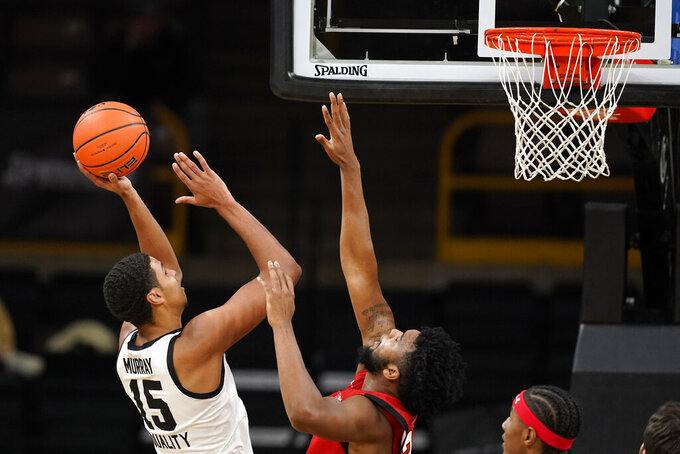 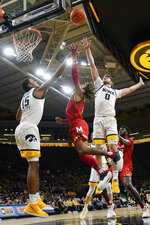 IOWA CITY, Iowa (AP) — Keegan Murray made 5 of 6 from 3-point range and finished with a career-high tying 35 points to help Iowa beat Maryland 80-75 on Monday night.

Murray gave the Hawkeyes the lead for good with a 3-pointer that sparked a 17-5 run midway through the second half. Toussaint added a 3 and Murray hit another from behind the arc before Tony Perkins made two free throws to cap the spurt and make it 68-58 with 5:22 remaining.

Eric Ayala hit a 3-pointer to trim Maryland's deficit to 77-75 with 10 seconds left but, after Iowa's Patrick McCaffrey made 1 of 2 from the free-throw line, Ayala missed a pair of foul shots and Jordan Bohannan made two from the stripe to cap the scoring with 3 seconds to go.