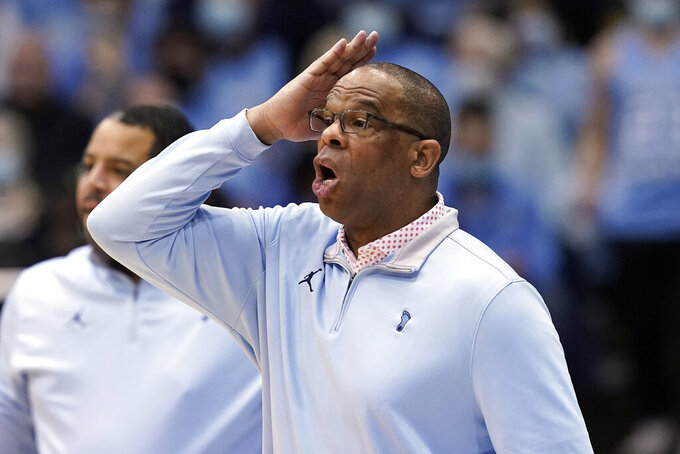 It was the fourth game in eight days for the Tar Heels (15-6, 7-3 ACC) who have won three straight. The Tar Heels never trailed in a contest in which the members of the 1981-82 national championship team were honored before tip-off.

North Carolina put up a season-high 56 points before halftime on the strength of 10-for-15 shooting from 3-point range and finished 15 for 27 from behind the arc.

Brady Manek led the first-half blitz with four 3s and seven Tar Heels recorded a 3. The 56-first half points were just two shy of what North Carolina tallied in a 58-47 win over Boston College on Wednesday night.

Up next for North Carolina State (10-12, 3-8) is a Wednesday night matchup at home against Syracuse. North Carolina travels to Louisville for a Tuesday contest.