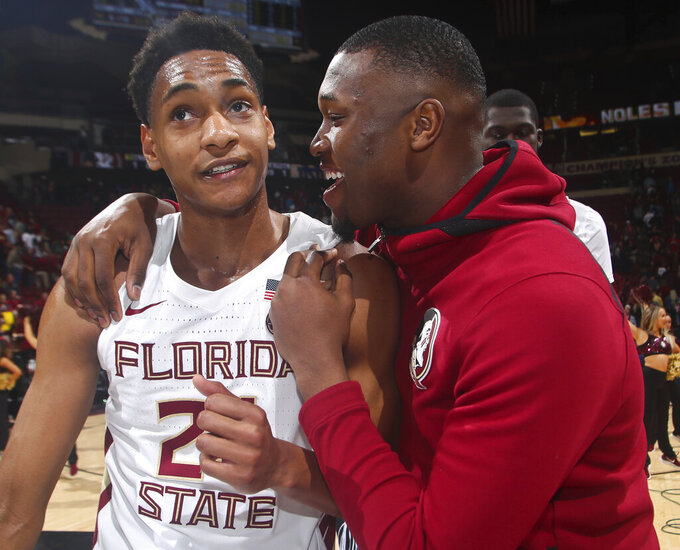 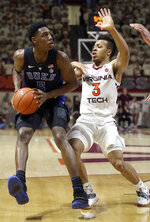 North Carolina State at No. 18 Florida State. This shapes up as the best matchup on a schedule that has none of the ACC's nationally ranked teams playing each other. The Seminoles (22-6, 10-5) have won nine of 10 with the lone loss coming to the one of league's hottest teams — No. 5 North Carolina — and are in the middle of a three-game homestand after a grueling run on the road. For the Wolfpack (20-8, 8-7), they've followed a three-game losing streak by winning four of five once the schedule became more manageable. They're 1-7 against nationally ranked opponents.

No. 20 Virginia Tech visits Florida State next week in a game that could help determine which team will earn a two-round bye at the following week's ACC Tournament in Charlotte. The Hokies (22-6, 11-5) have won four of five, a run capped by an upset of a third-ranked Duke team that was missing star freshman Zion Williamson. The Blue Devils, Tar Heels and No. 2 Virginia enter the weekend in prime position to claim three of the double byes with one more up for grabs.

Kerry Blackshear Jr. has put up some huge numbers during the Hokies' surge. In his last four games, he's averaging 24.3 points and 11.5 rebounds while shooting 77 percent from the field. He had at least 22 points and nine rebounds in each game.

Duke freshman RJ Barrett has been leading the ACC in scoring for virtually the entire season, but he's done even more in Williamson's absence. In nearly three full games since Williamson sprained his right knee in the opening minute of the North Carolina game, Barrett has averaged 28 points with two 30-point performances in that span. That gave him six 30-point games — one away from the conference record for freshmen set last year by Marvin Bagley III.

The bracket is starting to take shape for next week's ACC Tournament in Greensboro. No. 3 Louisville, No. 4 Notre Dame, No. 10 N.C. State and No. 15 Miami have the inside track to two-round byes entering the final two games of the regular season, with No. 22 Florida State and No. 17 Syracuse — who were playing Thursday night — also shaping up as contenders to make a run.