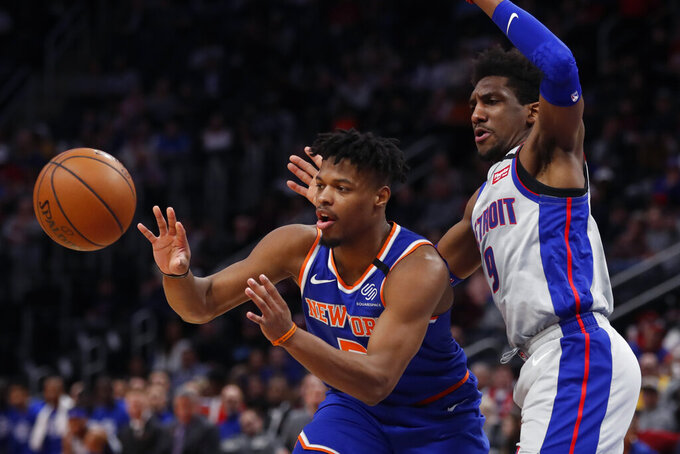 The Associated Press obtained a copy Monday of the enforcement staff’s filing in the case from N.C. State through a public-records request. It follows December responses by the school and former head coach Mark Gottfried to the four NCAA charges filed last summer in the wake of college basketball’s corruption scandal, with Gottfried charged individually under the provision of head-coach responsibility for violations within his program.

The Feb. 7 filing references phone records detailing numerous text messages or calls involving Gottfried, former Wolfpack assistant coach Orlando Early and a government witness who testified in court in 2018 that he had delivered $40,000 to Early intended for Smith’s family in 2015. It also pushes back on the school’s argument that T.J. Gassnola — who the NCAA said was acting as an outside consultant for apparel company Adidas to “ensure Smith’s commitment” -- is not a reliable witness and that there is no corroborating evidence to back testimony at the heart of the infractions case.

The next step is for the NCAA to set a hearing date with an infractions committee panel, which would issue a ruling and any potential sanctions weeks to months afterward.

In a statement, N.C. State chancellor Randy Woodson said the school remains “in strong disagreement with many of the characterizations and conclusions” in the enforcement staff’s filing.

“As we have said throughout this process, we will vigorously defend the university where necessary and take ownership where appropriate," he said. "We look forward to a hearing with the infractions committee and the opportunity to make our case in person."

Elliot S. Abrams and Scott Tompsett, attorneys representing Gottfried, issued a joint statement saying they “look forward to presenting our positions at the upcoming hearing on this matter.”

Gottfried’s attorneys had questioned the fairness of the NCAA process in their response, saying he fulfilled his obligations to monitor the program. They also argued the NCAA was improperly using court testimony from Gassnola because bylaws prohibit its use in the infractions process when the court case it originated from is under appeal.

The enforcement staff disagreed, calling it a “novel argument,” and stated Gottfried didn’t adequately monitor details such as the roles of Gassnola or Smith’s then-trainer Shawn Farmer in Smith’s recruitment.

Additionally, the filing references multiple phone calls or text messages involving Gottfried, Early, Gassnola and Farmer timed around Smith’s verbal commitment to the school in September 2015 as well as his signing with the Wolfpack that November.

Gottfried “could not recall details about conversations or interactions” with Farmer or Gassnola, according to the filing.

“Red flags surrounding Smith’s recruitment were abundant and not hidden,” the filing states.

The case that also deals with improper complimentary admissions to basketball games. Current Wolfpack coach Kevin Keatts and his staff have not been accused of wrongdoing since taking over in 2017 for Gottfried, now the coach at Cal State Northridge.