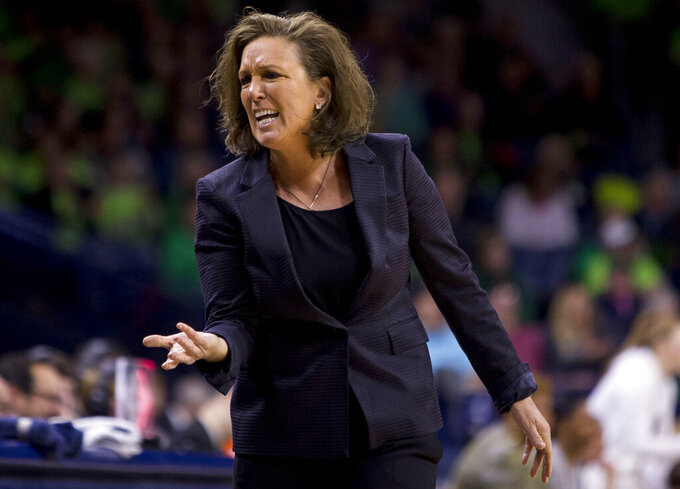 The NCAA finding means both the men's and women's programs at Georgia Tech have landed on probation for rules violations, a situation that prompted the governing body to also order a comprehensive compliance review of Georgia Tech’s athletics department by an outside agency.

The probationary period for the women's team does not include a ban on participating in the NCAA Tournament, but an infractions committee headed by former Minnesota athletic director Joel Maturi did impose a $5,000 fine plus 1% of the program's annual budget.

The report did not name Joseph or one of her former assistant coaches who was also cited for violations, but the school had previously said Joseph was dismissed late in the 2019 season after an independent investigation into alleged mistreatment of players and staff, as well as possible NCAA violations.

Joseph denied the allegations and said she was a victim of sexual discrimination, noting that men's coach Josh Pastner kept his job after violations were found in his program.

Joseph coached at Georgia Tech for nearly 16 seasons, compiling a record of 311-204 that included seven NCAA Tournament appearances. After she was fired, Nell Fortner took over the Yellow Jackets and led them to the NCAA Sweet 16 this past season — matching the best performance in school history.