NCAA tournament teams in San Jose content to slow it down 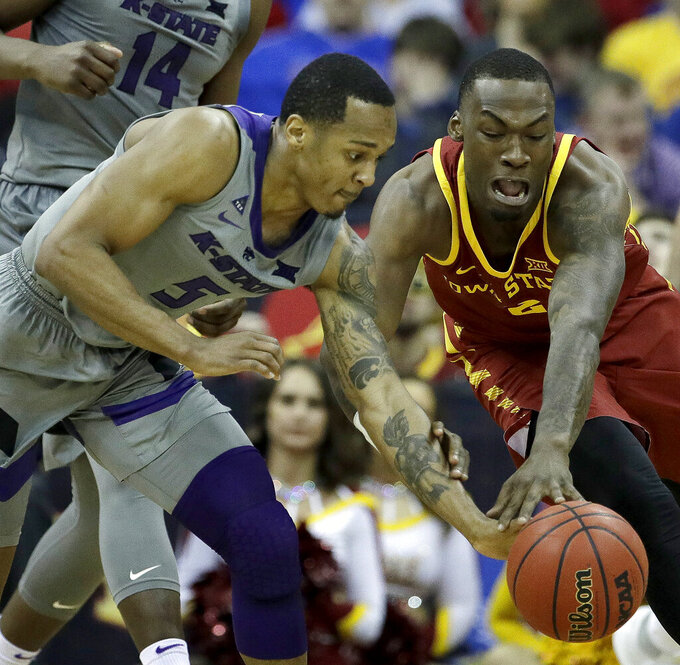 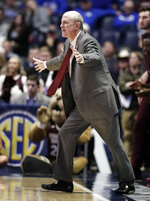 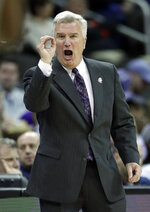 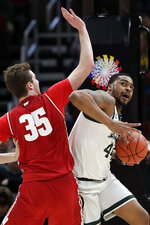 SAN JOSE, Calif. (AP) — When fans settle in to watch the NCAA Tournament games at the Shark Tank this weekend they should have plenty of extra time to check their phones after baskets to see what's happening at other sites around the country.

While some teams may prefer to run and gun and launch shots as quickly as possible, the eight teams sent to San Jose on the opening weekend are among the slowest-paced teams in the entire tournament.

With many of the teams deploying the Pack Line defense that coach Tony Bennett made so popular at Virginia and a deliberate approach on the offensive end, possessions and baskets will be at a premium starting when fourth-seeded Kansas State (25-8) takes on No. 13 seed UC Irvine (30-5) in a first-round matchup in the South on Friday.

"Playing in the Big 12, we played a lot of different styles," Wildcats guard Barry Brown Jr. said. "We're prepared for a lot of different things. We know (Irvine's) game plan, we kind of know what they like to do. They like to slow the game down if they don't have a wide-open transition 3 or wide-open transition layup to try to get the ball in the post and run their offense."

Coach Bruce Weber's Wildcats played at the 12th-slowest adjusted pace in the country this season, according to kenpom.com, allowing only 59.1 points per game and holding 17 of 33 opponents under 60 points.

That's an approach that should feel comfortable to the Anteaters, who ranked 296th out of 353 schools in adjusted pace and have held opponents to 38 percent shooting this season.

"They're excellent as a defensive basketball team, which is often the most frustrating thing to play against, is a team that can just shut you down," Anteaters coach Russell Turner said. "We're that team in the Big West. Kansas State is that team in the Big 12, though, and that's a different deal."

The slow-it-down approach is not unusual this time of year, with nearly twice as many tournament teams ranking in the bottom third of adjusted tempo as those in the top third.

That's especially true when it comes to the eight teams in San Jose this weekend. Only Mississippi State (23-10) ranks higher than 251st in pace, at 179th. Coach Ben Howland's Bulldogs, seeded fifth in the East, will face off in the matchup with the biggest contrast this weekend against No. 12 seed Liberty (28-6), which is the fourth-slowest team in the country.

The other game in the East features No. 4 seed Virginia Tech (24-8) against 13th-seeded Saint Louis (23-12) — two teams comfortable playing at a grind-it-out pace.

The second South Regional matchup features two of the slowest teams in the country with fifth-seeded Wisconsin (23-10) taking on No. 12 seed Oregon (23-12).

"Our defense is best when we're in the half-court," Badgers forward Nate Reuvers said. "We try to limit transition in every game. That's something that really hurt us, so playing teams that aren't necessarily trying to push it as much will play in our favor."

This kind of style is new for the Ducks, who previously employed a much more fast-paced approach before making some changes this season.

Coach Dana Altman made the change after losing star freshman Bol Bol to a season-ending foot injury after just nine games. Without a player who could generate quick offense, the Ducks have had to slow things down just to get good shots.

"We're not doing it really, you know, on purpose," Altman said. "It's just something that's kind of worked out that way that we haven't been able to generate any good looks early. We don't have a team that has great driving ability. We don't have a true post-up guy that we can just throw it into right away. So some of our offensive possessions we have to manufacture some shots, and because of that it takes a little longer at times. But it wasn't anything that we necessarily planned."

With most of these teams willing to walk it up the court, run down the shot clock on each trip and placing a heavy premium on preventing fast breaks, each possession will be important.

Easy baskets figure to be hard to come by and failed trips could prove costly.

"It maximizes or it puts an emphasis on every possession," Wisconsin coach Greg Gard said. "You have to maximize your opportunities each time."