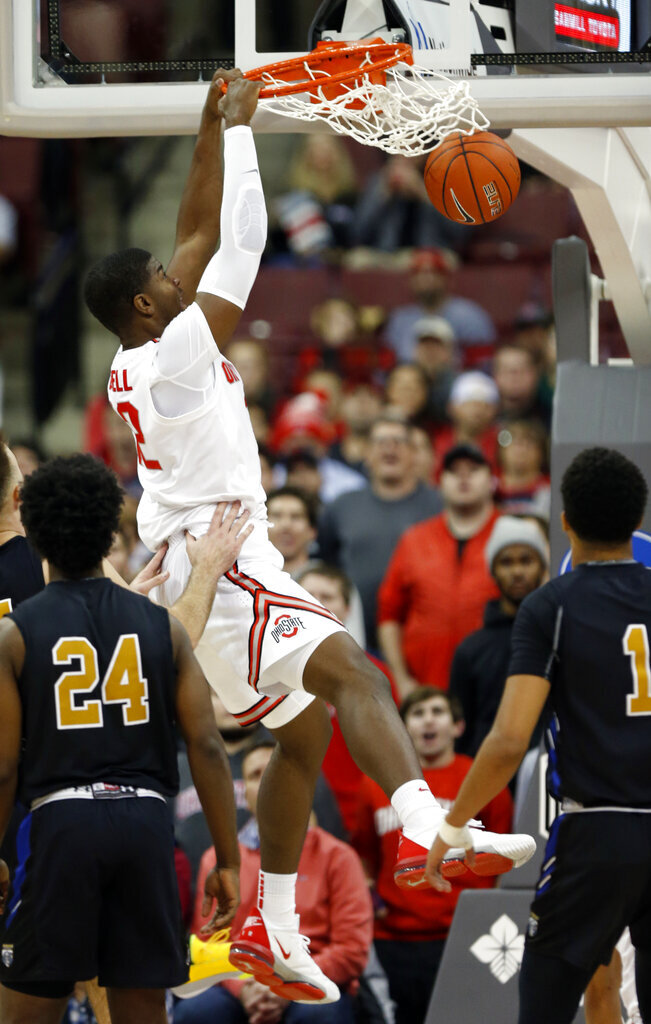 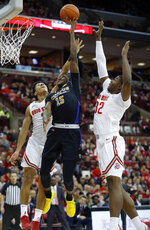 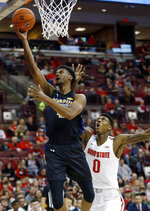 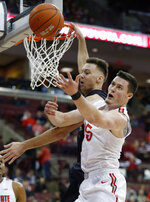 COLUMBUS, Ohio (AP) — Ohio State broke into the top 10 partially because of its stellar defense so far this season.

That defense was on display again Friday night as the Buckeyes hosted Purdue Fort Wayne, which became the fifth straight Ohio State opponent to shoot less than 33% from the floor. The 10th-ranked Buckeyes pulled away in the second half for an 85-46 rout of the Mastadons, who shot 32% (17 of 54).

“In practice, we have been locked in on the details and the little things,” said Ohio State guard Duane Washington Jr., who had eight points and five assists. “That’s one reason why we’re playing the way we are. We’re not going to stray away from it.”

“I am really pleased with our guys’ effort,” said Holtmann, whose team is allowing just 52 points per game in the early going. “Especially when you are playing a team like this that shoots 45 or 50% of its shots as 3s, that is always a dangerous game. We were able to take away that strength.”

Ohio State led by as many as 21 points in the first half and turned up the heat in the second. The Buckeyes outscored the Mastodons 43-21 in the second half while hitting 10 of their 14 3-point attempts.

Kaleb Wesson had 15 points and seven rebounds in just 21 minutes of work to lead the Buckeyes.

Freshman guard D.J. Carton scored nine of his 13 points in the second half for Ohio State. C.J. Walker chipped in 11 points, four steals and three assists.

“I will say how impressed I am — for the second year in a row — with the discipline Chris is able to get his team to play with,” said Purdue Fort Wayne coach Jon Coffman, whose team lost 107-61 in Columbus a year ago.

“Two games in a row here, he’s been able to take the space we create and really shrink it,” he said. “He has his guys play a 40-minute game defensively.”

The Buckeyes grabbed control with a 16-0 run midway through the first half, including 3s by Walker and Washington and four points from freshman E.J. Liddell.

Wesson and Walker each hit a pair of 3s early in the second half to put Ohio State up 56-29. Carton then exploded for nine points in a three-minute stretch — including a made 3 and a three-point play — as the lead went to 69-32 with 9:26 left in the game.

“They were making us shoot a lot of 3s,” Liddell said. “Half our shots were threes in the first half. We wanted to focus on touching the paint and playing together. That’s what we did. That’s how we got off to a great start in the second half.”

Purdue Fort Wayne: The Summit League school has some talented players but doesn’t belong on the court with Ohio State. Coffman continues to rotate his mix of veterans, transfers and freshmen to find the right combination.

Ohio State: The parade of tune-up games continues, but the Buckeyes showed they can score up and down the lineup. Bench players also got some playing time before the competitive games pick up again.