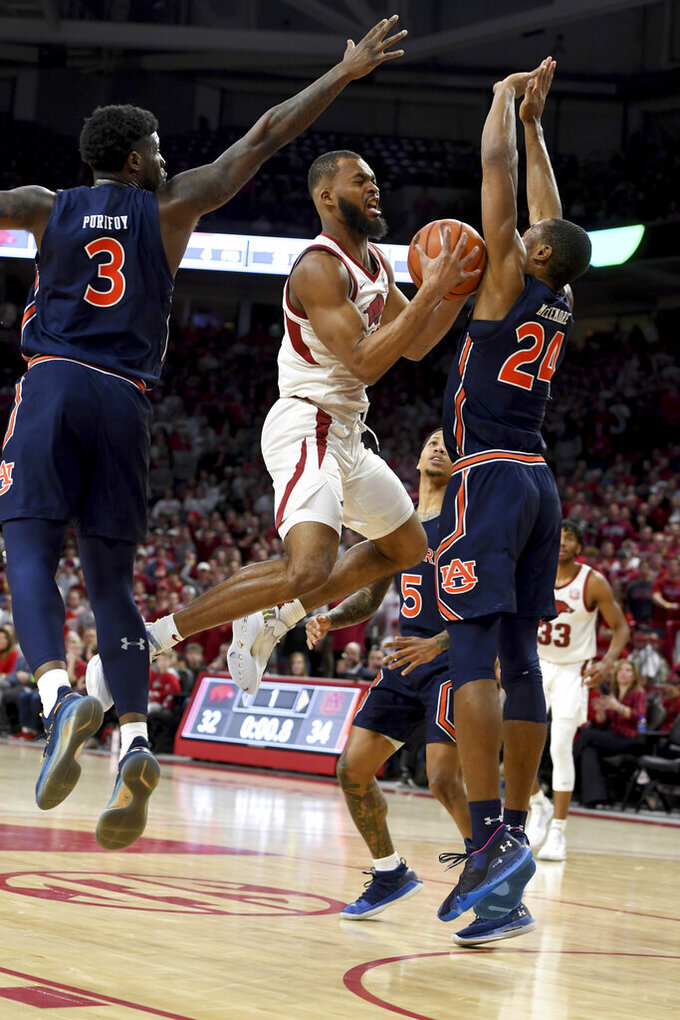 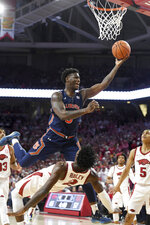 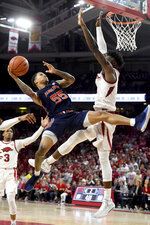 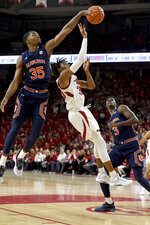 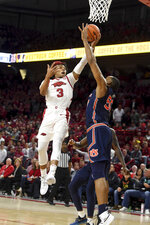 Samir Doughty scored 23 points, including hitting two free throws in the final seconds of OT, and No. 11 Auburn edged Arkansas 79-76 on Tuesday night, overcoming a 40-point game by Mason Jones.

“Samir is a leader and not afraid of the moment,” Auburn coach Bruce Pearl said. “He has been terribly under the weather with a virus. He hadn’t practiced. He saved his energy and played lights out for us.”

“We play nine guys on a regular basis,” Pearl said. “Arkansas had three guys play 40-plus minutes and we didn’t have anyone. We’ve been able to wear people out.”

The Razorbacks (16-6, 4-5) were coming off a big win at Alabama, but were unable to continue the momentum against the Tide’s biggest rival.

"We had a shot at the end of the game to win the game,” Arkansas coach Eric Musselman said. “I thought our offense was problematic. This is the roster we’ve got. I thought we played good enough to win even in OT, to be honest.”

Auburn: The Tigers were only 8 of 31 from behind the 3-point line, but were still able to emerge with a win in front of a hostile road crowd.

Arkansas: The Razorbacks announced pregame that sophomore guard Isaiah Joe will be out indefinitely after having right knee arthroscopic debridement surgery Tuesday due to recurring inflammation. An already thin rotation gets even thinner for Musselman.

Arkansas guard Jimmy Whitt, Jr. came into the game as the team’s third leading scorer at 15.4 per game, but he managed zero points against the Tigers on 0-of-7 shooting.

"With our roster right now, to play a team of that caliber we need every single guy to contribute,” Musselman said.

Jones, who leads the SEC in scoring, took the blame for the loss at the postgame podium.

"The game tonight is on me,” Jones said. “I missed five free throws. I take full responsibility for this game. You don't miss free throws, and I missed five.”

Auburn guard J’Von McCormick had to change jerseys late in the game when his original one got ripped.

He switched to 55 and started playing better according to Pearl.

Auburn will host No. 18 LSU at Auburn Arena.

Arkansas travels to Missouri. It will be the first of two meetings in February, with the Tigers playing in Fayetteville on Feb. 22.