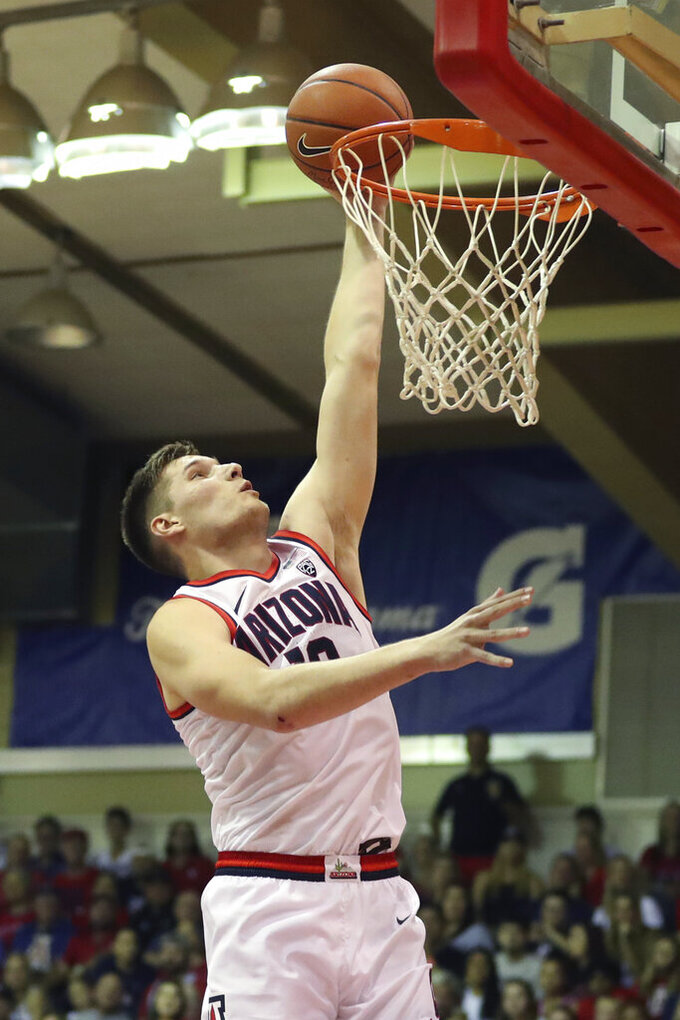 LAHAINA, Hawaii (AP) — Azuolas Tubelis and Oumar Ballo finished with double-doubles and No. 14 Arizona shot nearly 80% in the second half to beat Cincinnati 101-93 on Monday night, closing out the first day of the Maui Jim Maui Invitational.

Landers Nolley II hit a 3-pointer for Cincinnati to open the scoring. The lead changed hands six times until Cedric Henderson buried a 3-pointer to give Arizona a 14-13 lead with 13:43 left in the first half.

Tubelis helped Arizona stay in front, scoring 10 of his 14 first-half points from there as the Wildcats built a 40-24 lead with 2:59 left. The Bearcats closed with a 6-0 run to get within 10 at halftime.

Cincinnati (3-2) stayed in the game by sinking 13 of 19 shots from 3-point range in the second half. The Bearcats got within seven points three times, the last at 81-74 with 5:29 left to play on a Mika Adams-Woods 3-pointer. But Courtney Ramey scored seven in a 12-3 run over the next 2:06 and the Wildcats withstood the rally.

Ramey scored 14 of his 17 points in the second half for Arizona. Kerr Kriisa had 11 points and seven assists.

Nolley scored 23 of his career-high 33 points after intermission for Cincinnati. He made 9 of 14 shots from beyond the arc, including 7 of 10 in the second half. Viktor Lakhin finished with 17 points, while Adams-Woods hit three 3-pointers and scored 11.