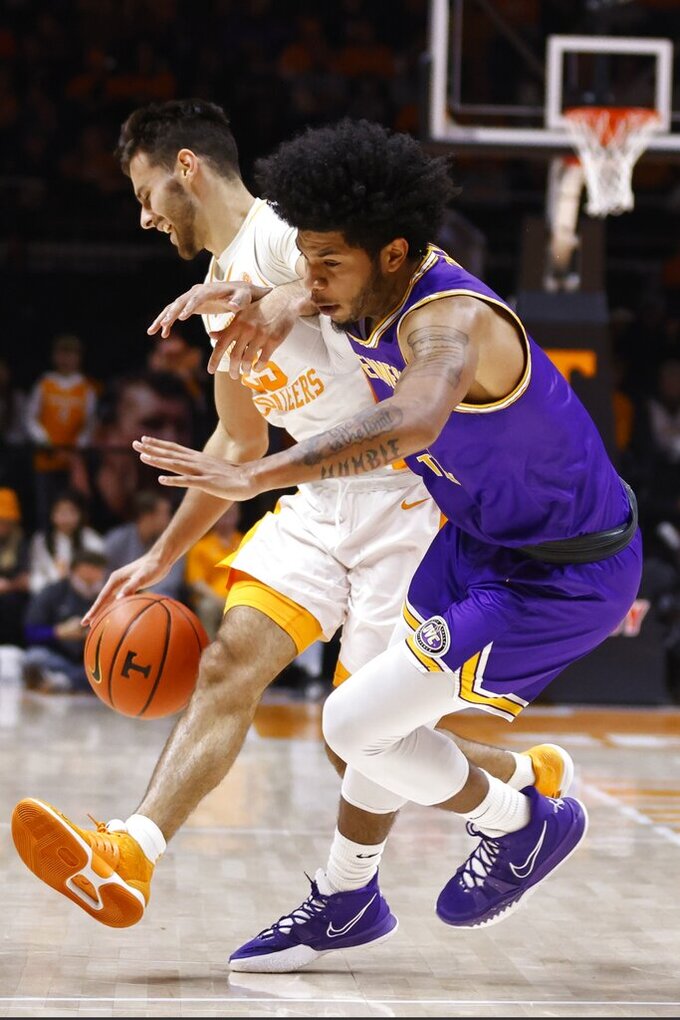 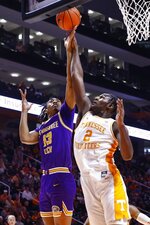 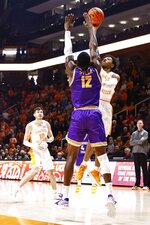 KNOXVILLE, Tenn. (AP) — Brandon Huntley-Hatfield scored eight of his 12 points during a key second-half spurt, and No. 15 Tennessee beat Tennessee Tech 80-69 on Friday.

Tennessee Tech coach John Pelphrey said Tennessee's 6-foot-10 freshman “got his opportunity and controlled what he could control,” adding: “He was a recipient of us helping out (defending) against (Fulkerson). He should give Fulky a little of his lunch money.”

“This game normally gives you what your preparation puts into it,” said Barnes, who was miffed at the way some of his players got ready for the game. “A game like this was probably better for us. We're going to have a lot of close games that we'll have to fight for.

“We learned a lot about ourselves. (Tennessee Tech) gave us all we wanted and more. They outplayed us.”

“We're a better defensive team,” Pelphrey said. “We're a little physical and we've got a little length. Shooting is a funny thing.”

Tennessee missed its first 10 3-point shots in the first half. It went 6 for 23 from deep for the game.

Vescovi recovered from a poor shooting night (3 of 10 from 3-point range) to help out in other ways. Besides his scoring production, the 6-foot-3 junior had seven rebounds and seven assists, the team leader in both categories.

“(Vescovi) knows how to impact a game without forcing shots,” Barnes said. “When you're not making shots, there's a tendency to get away from execution. He's one of the most underrated guards in the country.”

Tennessee Tech: After leaving Knoxville, the Golden Eagles have six very winnable games before they take on Cincinnati later in December.

Tennessee: Health is the main priority for the Vols. They are stretching their legs with Tennessee Tech and Presbyterian before games with Colorado and Texas Tech. Guards Justin Powell (flu) and Josiah-Jordan James (torn finger ligament on his shooting hand) are among the hobbled.

Tennessee: Barnes will be challenged with getting his team to maintain its intensity Tuesday at home against Presbyterian. The Vols' following two opponents are Colorado and Texas Tech.