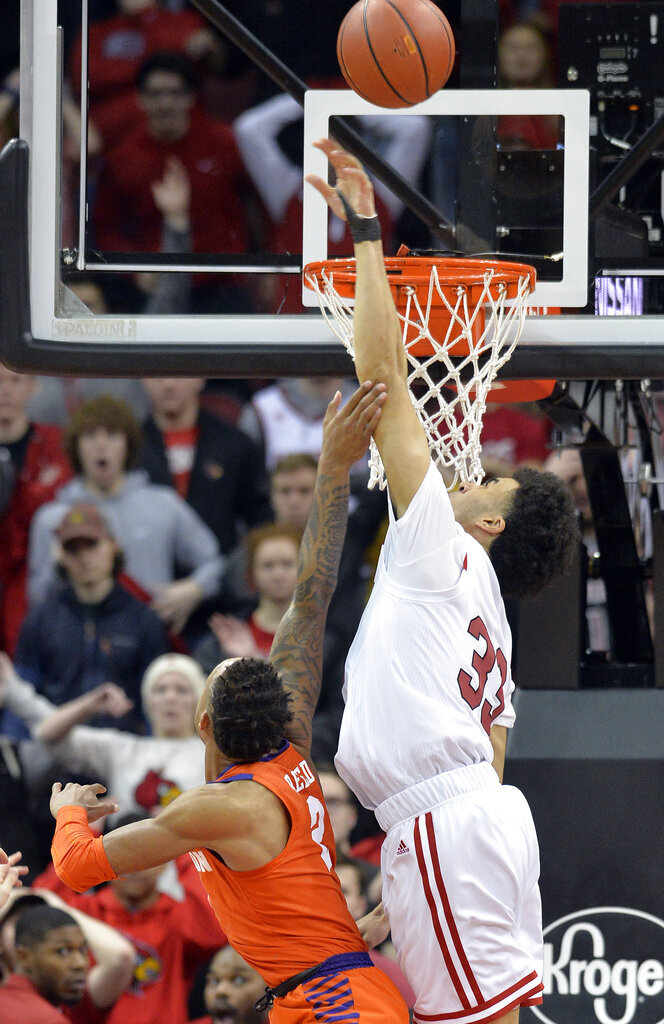 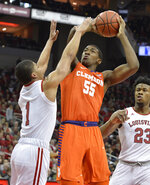 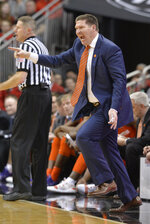 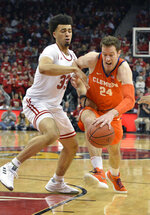 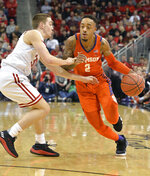 LOUISVILLE, Ky. (AP) — Five days after watching a 23-point second-half lead disappear, No. 16 Louisville found itself on the brink of another calamity on Saturday.

The Cardinals beat Clemson 56-55, but they led by seven with 17 seconds remaining, and the Tigers had two chances in the final seconds to walk off the court with a win.

Louisville snapped a two-game losing skid, but the final seconds stirred echoes of those games, including No. 2 Duke's memorable comeback on Tuesday, in which the Cardinals (18-8, 9-4 Atlantic Coast Conference) saw double-digit second-half leads evaporate. It was also reminiscent of Virginia's miracle last March, when the Cavaliers scored five points in the final 0.9 seconds to beat the Cardinals.

"Down the stretch again, we have to figure out ways to close games better," first-year Louisville coach Chris Mack said. "I told our team mental errors and physical errors cannot be tolerated in winning time."

Steven Enoch's free throw gave Louisville a 56-49 lead. Marcquise Reed hit a 3-pointer to cut the deficit to four, and then the Tigers forced a held ball and a subsequent turnover that led to another 3 by Reed, making it a one-point game with 3.5 seconds left.

After a Louisville timeout, Jordan Nwora tried to inbound the ball to Dwayne Sutton, who fell. The ball went right to Reed in the lane, but Nwora blocked his driving floater. John Newman III got the offensive rebound, but his fadeaway jumper missed just before time expired.

Louisville led 48-41 with 3:40 to go after a 3-pointer by Christen Cunningham, but Elijah Thomas scored the next six points for Clemson to cut the lead to one. Thomas, a senior forward, had a chance to give the Tigers the lead, but he missed two free throws with 1:17 left.

"You think about the ones you didn't make, but Marcquise jumped up and made some to give us the one-possession game," Clemson coach Brad Brownell said. "It's unfortunate, because our kids competed so hard today and they probably deserved a little better."

Nwora got fouled on a dunk on Louisville's ensuing possession, and after the sophomore's three-point play it seemed like the Cardinals would escape, albeit not nearly in such dramatic fashion.

Louisville was held to a season-low 19 first-half points thanks to shooting a season-worst 29.6 percent in the half. While Clemson wasn't much better at 37 percent, the Tigers took a four-point lead at the break thanks to a 3-pointer just before the buzzer by Clyde Trapp.

With the loss to Duke earlier in the week, the Cardinals are still likely to drop when the next Top 25 comes out on Monday. However, Saturday's win should keep them from falling near the bottom of the poll.

Clemson: The Tigers dictated play with their physicality inside and defense. Clemson held the Cardinals to season low in points, shooting percentage (35.2) and offensive rebounds (three). They could not keep it up for the entire game, as Louisville used an 11-2 run to take the lead for good with 5:59 remaining, but they still had a chance for an upset in the closing seconds.

Louisville: After losing three of their previous four, the Cardinals looked anything but great. The Cardinals' play in the closing seconds is something Mack needs to address immediately.