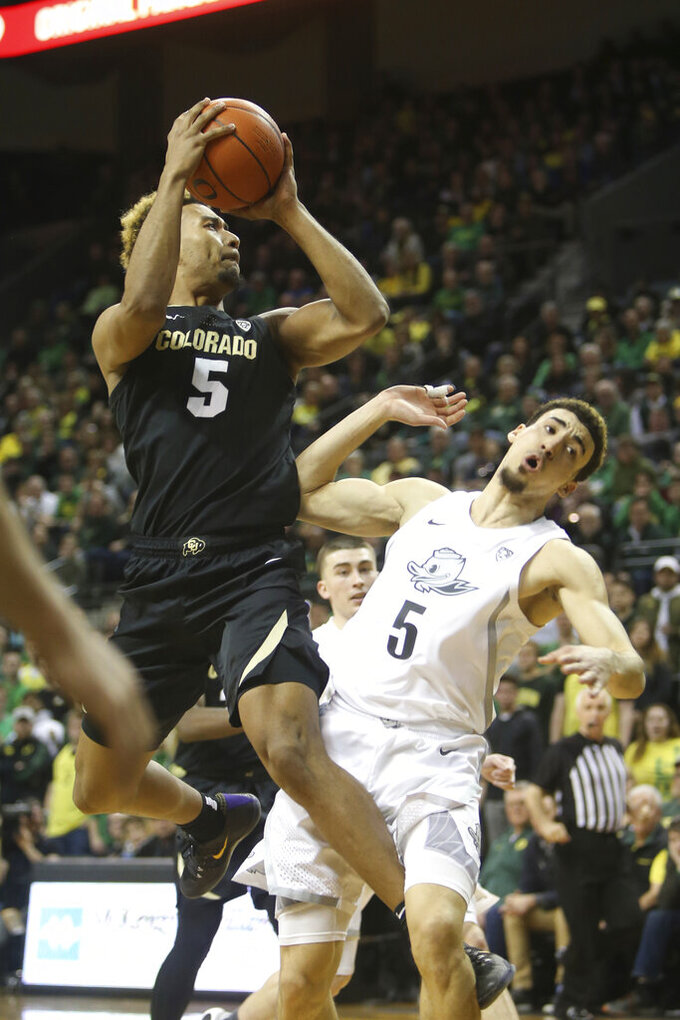 EUGENE, Ore. (AP) — Will Richardson scored 21 points, including 17 in the second half, and No. 17 Oregon came from behind for a 68-60 victory over 16th-ranked Colorado Thursday night.

Evan Battey and D’Shawn Schwartz each had 14 points for Colorado.

The Buffaloes went on a 20-0 run to build a 30-16 lead while the Ducks missed 11 consecutive field goal attempts and were called for a pair of charges.

Oregon’s deficit grew to 12 points before the Ducks rallied within 43-40 with 13 minutes left but Colorado answered with 3-pointers from Schwartz and Lucas Siewert to push the lead back to nine points.

The Ducks drew within two points at 51-49 and 55-53 and had possession but couldn’t convert and finally Richardson’s two free throws with 4:18 left knotted the game at 58-58.

Richardson then hit a 3-pointers for Oregon’s first lead since the opening minutes.

Colorado: This is the latest in a season that the Buffaloes have been atop their league since the 1968-69 season when they shared the Big Eight lead with Kansas. Colorado went on to win the conference title that year, it’s last regular-season championship.

Oregon: Colorado was the seventh top 25 opponent this season for Oregon, the most since the Ducks played seven in the 2008-09 season. Oregon has only once played eight ranked opponents in the regular season, in 1994-95.