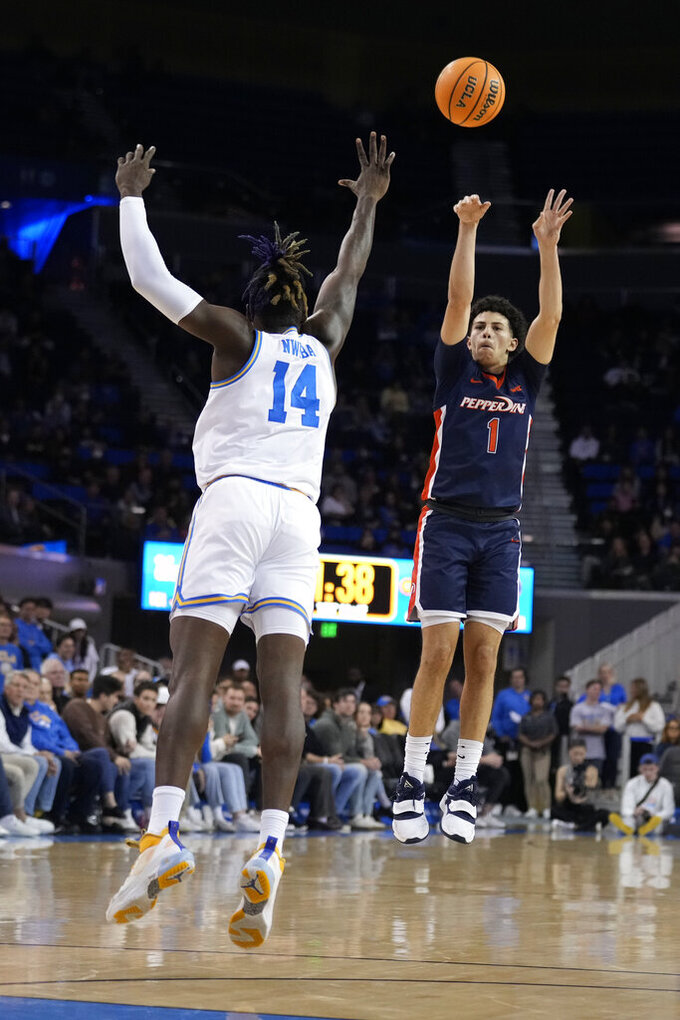 David Singleton scored 13 points and Jalen Clark had 12 for the Bruins (4-2). They returned to play after losing ranked teams in Illinois and Baylor at the Continental Tire Main Event.

“Our effort was much, much better and I’m a big believer in that,” UCLA coach Mick Cronin said when asked about his team’s defense. “I didn’t think we played harder than our opponents in Vegas and I take that personally.”

Houston Mallette had 15 points and Jan Zidek scored 13 for the Waves (4-2), who had won three in a row. Zidek’s father, George, played on UCLA’s 1995 national championship team.

Pepperdine had six turnovers in the UCLA run and had 17 in the game that the Bruins turned into 28 points.

“I talked to our guys, we have a young team, and I said ‘Learn from it. Learn from what they do. That’s how it’s supposed to look when you’re playing the right way and you put everything together,’” Pepperdine coach Lorenzo Romar said. “We’ll learn from it.”

UCLA: The Bruins have just one more nonconference game remaining, at home Sunday against Bellarmine, before their first dip into Pac-12 play Dec. 1 at Stanford and Dec. 4 at home against Oregon. Four more nonconference games remain, including visits to Maryland, and New York to face Kentucky, before getting into the heart of conference play Dec. 30 at Washington State.

Pepperdine: At Grand Canyon on Saturday.

UCLA: Home against Bellarmine on Monday.