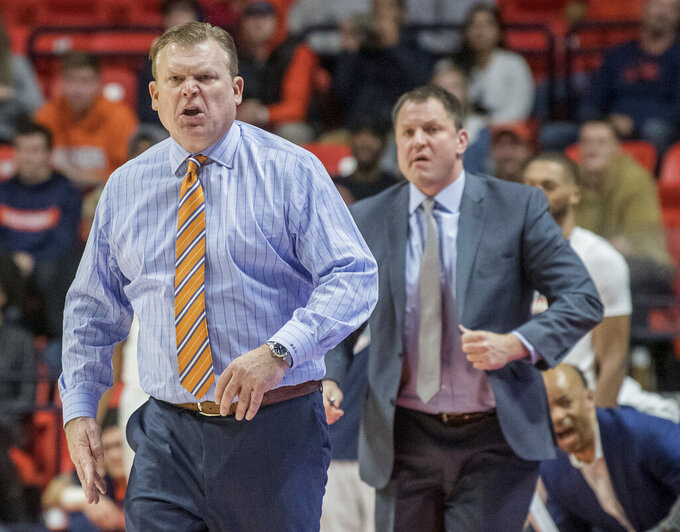 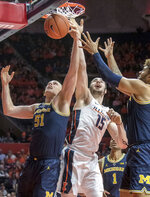 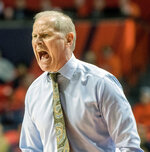 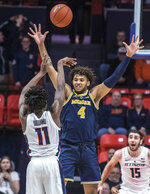 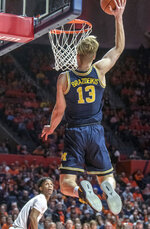 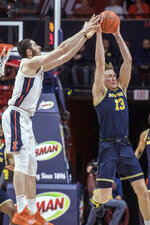 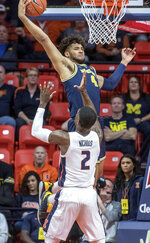 Michigan (4-0 Big Ten) and Virginia are the only unbeaten teams in the country. The Wolverines jumped to a 7-0 lead and easily held off the overmatched Illinois (4-12, 0-5).

"I'm feeling very fortunate," Michigan coach John Beilein said. "I know we got the win, but this is a good league and Illinois is going to be a very good team."

Charles Matthews added 14 points for the Wolverines, and Jon Teske had 13 points and 11 rebounds.

"I thought we played well defensively," Illinois coach Brad Underwood said. "That's usually good enough to win, but we had some inconsistencies on offense."

Michigan led 39-34 at the half. Illinois pulled within five points at 49-44 with 13:30 left on Aaron Jordan's 3- pointer, but it was the closest the Illini could come, thanks to Michigan's offense and smothering defense.

Underwood drew a technical foul late in the first half when he became angry protesting a possession call and threw his suit jacket into the crowd. Illinois responded with two 3-pointers by Dosunmu to close the half.

The Wolverines had 11 turnovers in the first half.

"Our flow the first half was not good, mainly because of the high number of turnovers," Beilein said. "We adjusted and didn't turn the ball over much in the second half, which allowed us to get our shots and set our defense."

Simpson said turnovers were a main topic in the locker room at the half.

"Coach got on us about it," he said, "I think we had 11 in the first half, but we cleaned it up after that. It's important to be disciplined."

Michigan only turned the ball over three times in the second half. Both teams finished with 14 turnovers.

"It's hard to be undefeated," Simpson said. "I mean, we want to keep going. I'd say we're happy but not satisfied, if that makes sense."

Michigan is tied with Michigan State for the Big Ten lead.