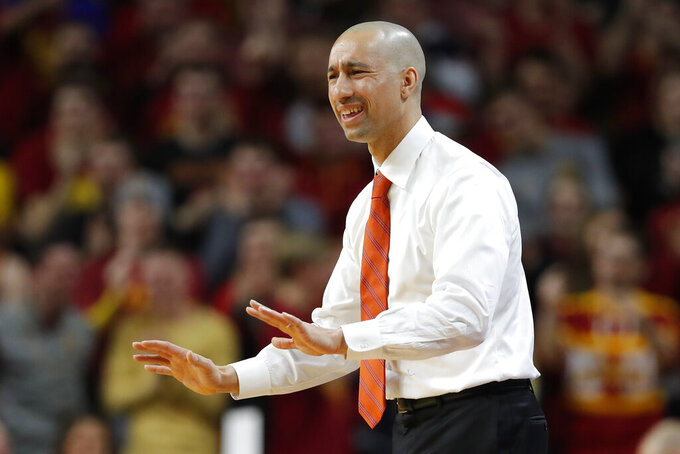 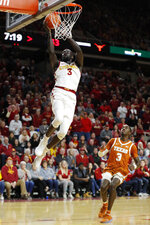 But when the Cyclones absolutely had to have one go down, the Big 12's leading scorer came through.

Talen Horton-Tucker scored 15 points, Shayok had 12 — including a crucial jumper with 25 seconds left — and No. 20 Iowa State held off Texas 65-60 on Saturday for its fifth win in six games.

Nick Weiler-Babb had 11 points and seven rebounds for the streaking Cyclones (17-5, 6-3 Big 12), who hit their last four field goals to avoid the upset.

"Texas kind of muddies it up, really kind of got us — I don't want to say frustrated on offense, but just kind of out of rhythm," Iowa State coach Steve Prohm said. "At the biggest moment, (Shayok) made the big play ... he's earned the right to make that shot and take that shot."

Iowa State led for nearly 36 minutes. But the outcome wasn't certain until the final seconds.

Horton-Tucker's 3-pointer was answered by a 3 and two free throws from Kerwin Roach, keeping the Longhorns to within 59-56 with 2:09 left. Jaxson Hayes' tip-in made it 59-58 with 1:31 left, but Weiler-Babb hit a bank shot to beat the buzzer and put the Cyclones ahead by 3.

He matched Roach at the line after that, and Matt Coleman missed a 3 that would have made it a one-point game with six seconds left.

"It was one of those days for me," Shayok said. "I was frustrated, but I had to keep (my head) in the game."

The Cyclones led by as many as 13 in the first half. But after Shayok blew an open alley-oop dunk opportunity, Matt Coleman's 3 gave Texas its first lead, 46-45, with 7:07 left. Weiler-Babb and Lindell Wigginton responded with back-to-back 3s to help put Iowa State back out in front, 52-48.

Roach finished with 19 points and Coleman had 13 points and five assists for Texas (12-10, 4-5), which made a game of it late despite committing 13 turnovers and shooting just 26 percent on 3s.

"It definitely is an energy expense when you get behind," Texas coach Shaka Smart said. "I thought we had enough energy to do what we needed to do down the stretch. We just didn't play good enough defense."

Iowa State: The Cyclones were flummoxed at times by the Longhorns' length, and the zone defense Texas threw at them gave them fits. They also missed a flurry of alley-oops and easy layups. But it's February, when getting the win is often enough.

Texas: Playing Kansas at home and Iowa State on the road is about as tough of a week as a Big 12 team can ask for. After beating the Jayhawks by 10 on Tuesday, the Longhorns should be satisfied with a split.

Hayes finished with 10 points and eight rebounds. But the league's leading shot blocker didn't have any in this one. ... Cam Lard had 11 points on 4-of-7 shooting. He played 21 minutes off the bench, a sign that he is getting close to playing the way Prohm wants him to play. ... Texas outscored Iowa State 28-18 in the paint. ... Roach was 7 of 7 from the free throw line, and Shayok was 6 of 6.

Iowa State blew a late seven-point lead and lost at home to Kansas State at the buzzer 58-57 on Jan. 12, and down the stretch it looked like history might repeat itself. But Weiler-Babb and Shayok, both seniors, came through in the clutch. "I thought the focus was there. The electricity in the building was phenomenal. Sometimes two plays can flip a game," Prohm said.