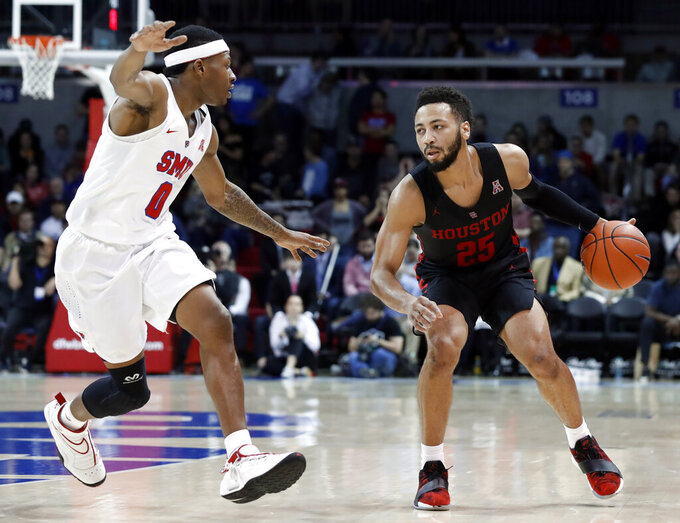 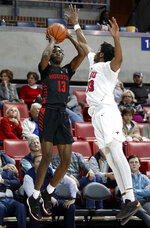 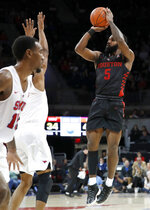 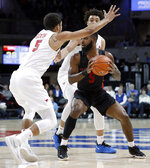 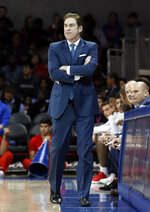 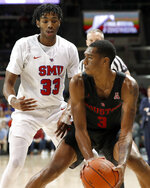 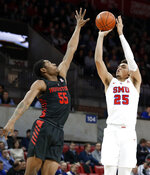 "He's almost too unselfish," said Sampson, though the senior guard seems to be getting the message from a coach who got his 600th career victory Wednesday night.

Armoni Brooks added 19 points for the Cougars (17-1, 4-1 American Athletic Conference). He made five 3-pointers, including a long, straightaway, contested one just before the break for a 31-22 halftime lead.

Jimmy Whitt Jr. had 20 points on 9-of-11 shooting for SMU (11-6, 3-2), which played most of the game without Jarrey Foster after the senior guard took a hard spill about four minutes into the game. Foster hurt his left knee after missing the second half of last season and first six games of this season with an ACL injury.

"It was bad enough he couldn't go back into the game. We don't know exactly the severity," coach Tim Jankovich said. "It's just heartbreaking we have to even have this conversation."

Sampson is 600-319 overall in 30 seasons as a college coach after earning his 100th victory in five years with the Cougars. He previously coached at Indiana, Oklahoma, Washington State and Montana Tech.

"I wish my mom and dad were alive to see it, that's the only thing I thought about," Sampson said.

Among his former players at Moody Coliseum on Wednesday night were Aaron McGhee, a starter on Sampson's Final Four team at Oklahoma in 2002, and Eddie Hill, a starting guard on the 1994 Washington State team that was the first Sampson took to an NCAA Tournament.

"Being around long enough where your former players become your friends, and knowing the impact you have on their lives, I heard from so many former players today, I think that's what it represents," Sampson said. "I haven't seen my phone, but I'm sure it's blown up."

Houston: The Cougars won for the second year in a row at SMU. Houston has bounced back nicely from a loss last week at Temple that ended its 15-0 start, winning at home over Wichita State on Saturday before the solid road win at Moody Coliseum.

SMU: The Mustangs had won nine of their previous 11 games. ... Foster is the only scholarship player who has played at SMU more than one season. Having him leave the game, though he walked to the locker room without any help or obvious limp, was a big blow.

"Games are incredibly important to many, many people," Jankovich said. "But sometimes the personal side of things is even more important."

Davis hit a 3-pointer for the game's first points, and the Cougars jumped out to a 12-4 lead after Brooks made three early 3s. Houston led 31-22 at halftime after Brooks buried a long straightaway 3 just before the break.

After SMU cut the deficit to nine late, the Cougars worked the shot clock down and Brooks hit a long 3 from the left wing to make it 67-55 with 1:47 left.

Houston is in a stretch with three of four games on the road. The Cougars play Saturday at UCF.

SMU plays at Memphis on Saturday, then has a week between games before playing again the following Saturday at home against Tulane.