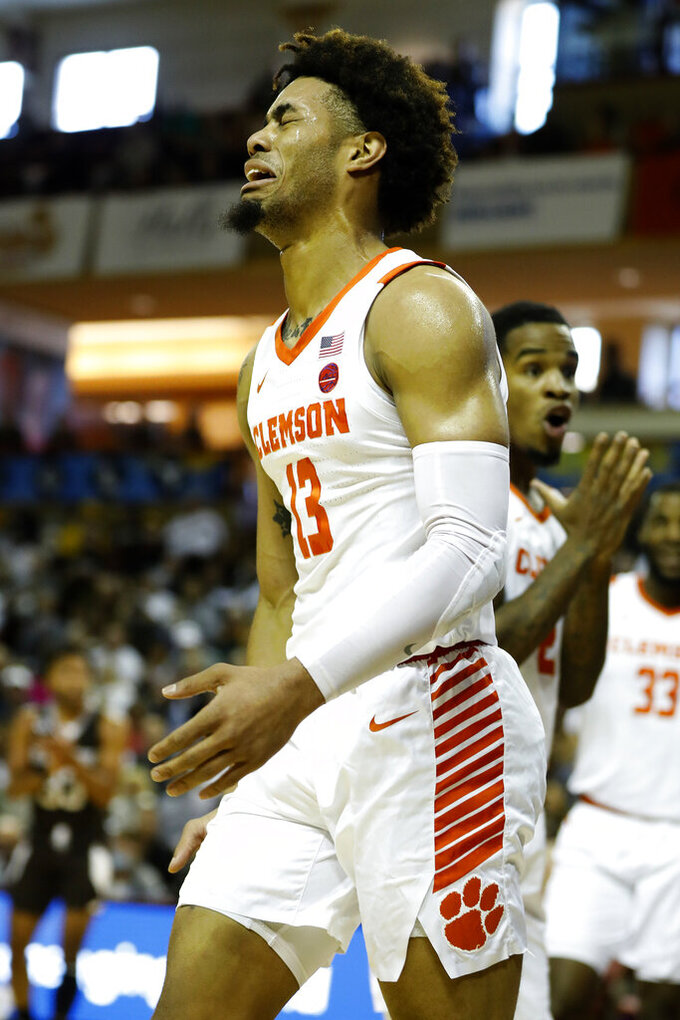 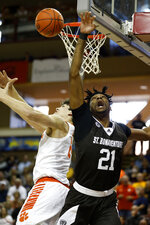 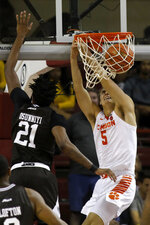 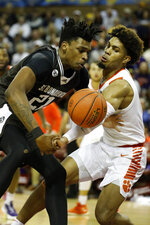 CHARLESTON, S.C. (AP) — Kyle Lofton and Jaren Holmes combined for 32 points in the second half and No. 22 St. Bonaventure rallied from a 16-point deficit to beat Clemson 68-65 Friday in the semifinals of the Charleston Classic.

After the Bonnies' top two scorers went 3 of 15 in the first half and made only one 3-pointer between them, the pair combined to shoot 9 of 14 in the second half, all but one of those buckets coming from 3-point range.

Lofton finished with 22 points and Holmes 19. Jalen Adaway had nine of his 14 points in the first half when the rest of his teammates struggled and fell behind by as many as 16.

PJ Hall matched his career high with 22 points, David Collins had 14 and Nick Honor 12 for Clemson.

The Tigers (4-1) tied the game on a drive by Honor with two minutes left. Holmes hit a 3-pointer before Hunter Tyson answered with a basket. Holmes was denied on a drive but Tyson missed on another 3-point attempt. Lofton grabbed the rebound and made two free throws for a three-point edge with 19.8 seconds left. Honor missed a tough 3-point chance from the baseline as time ran out.

“We just we found a way,” Bonnies coach Mark Schmidt said. “You know, thank goodness we have five seniors that didn’t panic. ... It wasn’t perfect. Didn’t look good at the beginning, but the guys hung in there and it’s a great victory for us.”

“We just didn’t make a couple of plays that we need to make if we're going beat a team of this caliber," Clemson coach Brad Brownell said. “And to their credit, those guys, they kept playing. We told our kids before the game this is going to be 40 minutes. It doesn’t matter what the lead is.”

Lofton got the first basket of the game but Clemson responded with an 11-0 run, getting 3-pointers from Al-Amir Dawes and Honor, as the Tigers took control early with the Bonnies enduring a nearly eight-minute gap without a field goal.

Adaway scored seven points in a 10-3 run that cut a double-digit deficit to five with 7:47 left in the half but the Bonnies missed their next seven shots while the Tigers went on another 11-0 run.

The victory was second for the Bonnies against an Atlantic Coast Conference team in 11 games since 1980. This was the programs' first meeting.