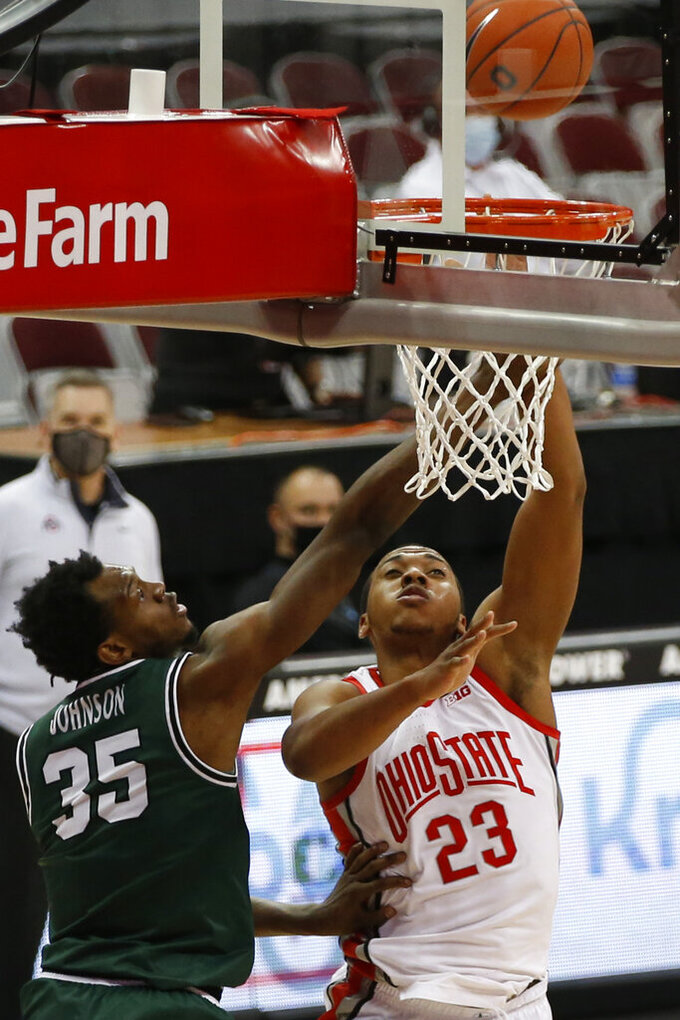 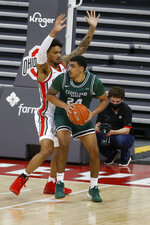 The Buckeyes (5-0) were coming off a good road win at Notre Dame on Tuesday, but struggled to put away the Vikings (0-3). Ohio State played its first game without star forward E.J. Liddell, who is sidelined with a non-COVID-19 related illness.

“I’ve been saying for a couple weeks about us being a work in progress,” Ohio State coach Chris Holtmann said. “We’re not there yet, but a lot of teams aren’t. We’ve got to take and learn from tonight just like we have the previous games.”

Ohio State led 31-24 at halftime before Cleveland State got the lead down to 38-37 on a rebound basket by Greene with 11:39 left in the game. The Vikings had two possessions where they could have tied the game or taken the lead, but could not take advantage.

“I thought my team did a great job fighting,” Cleveland State coach Dennis Gates said. “We did a good job handling whatever runs Ohio State put together. We didn’t get the rebounds we needed to grab the lead and that hurt us.”

After a 2-for-12 start behind the 3-point arc, Ohio State answered with a barrage of 3s. Justin Ahrens hit a pair and Jimmy Sotos and Walker each had one as the Buckeyes surged ahead 56-48 with 5:29 left.

Cleveland State rallied and got as close as 60-55 on a steal and layup by Tre Gomillion with 2:42 left. But Key answered with a spinning hook inside and the Buckeyes put it away at the foul line after that.

“We are a learning and growing team,” Walker said. “We are just building our chemistry. Every team comes in here and plays hard and wants to make a statement win, like Cleveland State tried to do today. They played harder than us today. We had to adjust in the second half.”

Liddell had a team-high 19 points in Ohio State's win at Notre Dame on Tuesday. He is out indefinitely. according to a school release.

“The hardest thing for me is to see how disappointed he is not to play,” Holtmann said. “The hard thing is telling a young man who is playing so well that he’s going to miss at least one game and maybe a few games or more.”

Without the 6-foot-7 Liddell in the middle, Cleveland State outscored Ohio State 34-22 in the paint.

The game was played inside an empty Value City Arena, as Ohio and Franklin County are limiting attendance at events due to coronavirus concerns.

“I give our guys credit. We’ve had five games and haven’t always performed well. But this group wants to play and is anxious to play.”

Ohio State: The Buckeyes hit just 40% of their shots from the floor for the game, not the kind of performance Holtmann was looking for with games against Purdue and No. 16 North Carolina coming in the next six days.

“Obviously, the level of competition is going to get raised and we’ve got to get better,” Holtmann said.

Cleveland State: The Vikings got contributions and clutch shots from a number of players as they gave Ohio State everything it could handle. This is a game that could give them confidence going into Horizon League play.