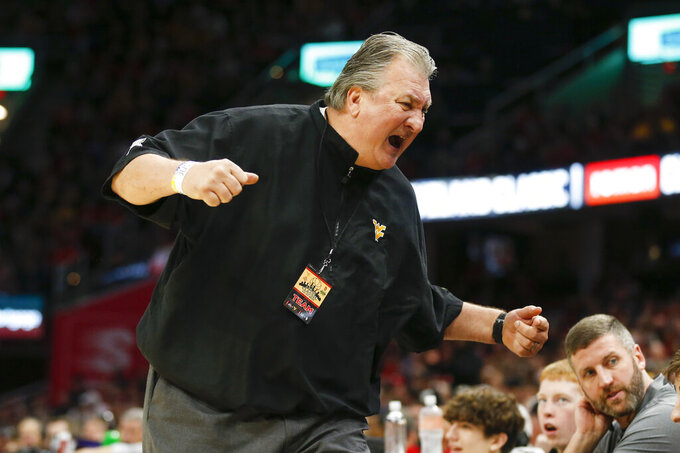 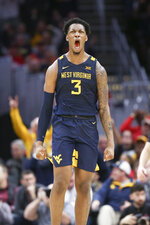 The Mountaineers (11-1), who trailed by nine late in the first half, went ahead for good at 55-54 on a push-shot by Derek Culver with 3:31 left. McBride followed with two free throws and an 18-foot jumper that he punctuated with a playful shrug.

“I knew if we got this win, our fan base was going to go crazy,” he said. “Both teams have prideful fan bases, but I wanted our fans to have a little edge.

“I had family and friends in the crowd, and it felt like a big tournament game. This whole day was great. There’s nothing like it.”

Kaleb Wesson had 17 points and nine rebounds for the Buckeyes (11-2), who were held to a season low in points and committed season highs of 22 turnovers and 25 fouls. They made 5 of 24 shots in the second half while being outscored 36-22.

West Virginia coach Bob Huggins is 3-0 against Ohio State since taking over the program in 2007 and recorded his 19th win over a top 10 team with the Mountaineers.

“I wasn’t very happy with them at halftime because I didn’t think we played as hard as they did and we got in foul trouble,” Huggins said. “Then they came out in the second half and played as well as we’ve played defensively all year.”

The Buckeyes were 3-0 against ranked teams but couldn’t contain McBride or senior guard Chase Harler down the stretch. Harler, who finished with 10 points, delivered the dagger with a steal and score that gave West Virginia its largest lead at 65-57.

“We did some things that we have to do better, but give them credit for being a really good team,” Buckeyes coach Chris Holtmann said. “It was back and forth, and came down to whoever could make enough plays there late.”

The Cleveland Classic drew a near-capacity crowd of 16,781 at the home of the NBA’s Cavaliers. It was the first college game in the arena since its two-year renovation was completed in September.

Marshall beat Duquesne 83-61 in the second half of the doubleheader.

“I thought our fans were unbelievable, unbelievable,” Huggins said. “I don’t know exactly what the split was, but it sounded 50/50. Our fans really came out for us in Ohio State’s backyard.”

Wesson has 990 points in 78 games, putting him on the verge of becoming the 59th member of Ohio State’s 1,000-point club. The 6-foot-9 junior center attempted a career-high 15 free throws, making 10, against the Mountaineers.

The teams faced off for the first time since Jan. 23, 2010. West Virginia has won eight of the last nine meetings, but trails the all-time series 9-8. Ohio State has been ranked in all three of its losses to Huggins.

McBride called the outcome of the Fiesta Bowl “a bummer.” Clemson came from behind to beat Ohio State 29-23 in the college football playoff semifinal Saturday in Glendale, Arizona.

West Virginia: The Mountaineers moved up three spots in the AP poll after a 75-64 victory at Youngstown State on Dec. 21. They started the season 10-1 for the fifth time in six years, dropping a 70-68 decision at St. John’s on Dec. 7.

Ohio State: The Buckeyes won their first nine games before losing 84-71 at Minnesota on Dec. 15. They began the season ranked No. 18 and have been in the top 10 since Nov. 18. … Ohio State has only played two true road games.