No. 23 Cincinnati wins 52-49 at SMU despite shooting woes 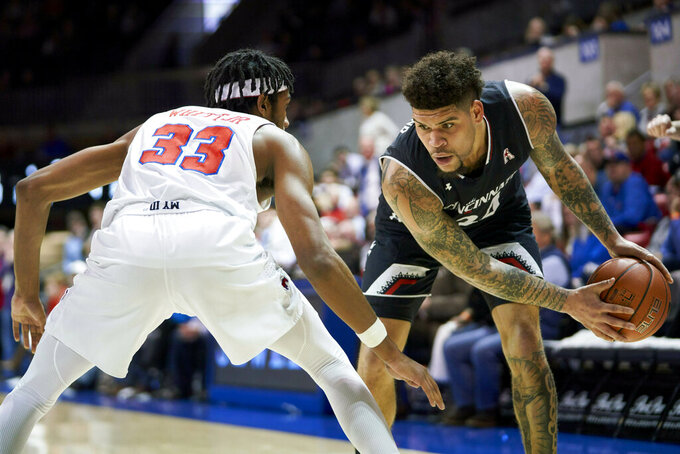 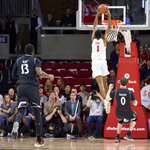 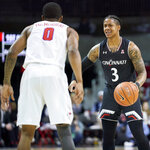 DALLAS (AP) — No. 23 Cincinnati found a way to win when it couldn't make many shots.

"We've had some great nights this year where we've looked awesome. It's easy on those nights," coach Mick Cronin said. "If you're going to have a great program, you've got to win on nights like tonight."

Rashawn Fredericks put the Bearcats ahead to stay with his only two field goals, consecutive layups midway through the second half during an 8-0 run, and they overcame a season-low 26.6 percent shooting night to beat SMU 52-49 on Wednesday.

Cincinnati (24-4, 13-2 American Athletic Conference) has won 12 of its last 13 games, the only loss in that span at league-leading Houston (27-1, 14-1) on Feb. 10. The Bearcats are the defending AAC champions, and the last of their three remaining regular-season games is at home March 10 against the Cougars.

"I give my kids a lot of credit, because at halftime, I talked to them about winning programs — they defend whether they make shots or not," Cronin said. "They play team basketball when things are going bad."

Jarron Cumberland led Cincinnati with 12 points, well below his season average of 18.6 per game that was second in the conference. He didn't reach double figures until making four free throws in the final 37 seconds.

"If you tell me we're going to hold a Top 25 team in the country to 26 percent shooting, any team in the country to 26 percent, I'll take that for the next 1,000 games that I'm involved in," SMU coach Tim Jankovich said. "To play that well defensively and lose, that's really heartbreaking to me. You deserve to win when you play defense like that."

Jahmal McMurray had 27 points for SMU (13-14, 5-10), which has lost seven of eight. The Mustangs were coming off a 95-48 loss at UCF on Sunday that was the most lopsided defeat in program history.

The Bearcats made only 17 of 64 shots from the field. But they finished with a 50-35 rebounding edge, including 21 offensive boards, and made 14 of 15 free throws — all after halftime. They had only eight turnovers.

"There's no rhyme or reason sometimes," Cronin said. "Which is why you always have to defend and rebound, because shots come and go like your high school girlfriend."

Nysier Brooks had 12 rebounds for Cincinnati and Tre Scott had 10.

The Bearcats, who missed 11 of their first 12 shots to start the game, made only one of their last nine in the half — a 3-ponter by Justin Jenifer that put them up 22-20. SMU then went ahead on a 3-pointer by McMurray and led 28-22 at halftime.

Cincinnati scored the first six points of the second half, a jumper by Keith Williams with 17:16 left making it 28-all.

Cincinnati: The Bearcats have won 85 games over the past three seasons, matching their most in a three-year span (they also had 85 wins from 2000-02). Gonzaga and Villanova, which has won two national titles in that stretch, are the only teams with more wins than Cincinnati the past three seasons. ... Cincinnati is guaranteed a first-round bye in the AAC Tournament.

SMU: The Mustangs have lost three of their last four home games and will have some work to do to avoid a losing season.

Williams was down on the floor under the SMU basket when officials called timeout four minutes into the second half. Cincinnati's sophomore guard walked gingerly while being helped back to the bench, but was back in the game just more than a minute later.

Cronin said Williams stepped on another player's foot and was scared he had seriously injured his ankle.

"I just told Keith, 'Look man, when you go down, if you're not hurt that bad, please don't act like there was a guy in Section 210 with a sniper rifle.' I thought he got shot," Cronin said. "Right after they got him off, he came running up and wanted to go back in. I said, 'I thought you were out for the year.'"

SMU plays its home finale Sunday against Wichita State before ending the regular season next week with two road games.