No. 23 Louisville, N.C. State set for return to ACC schedule 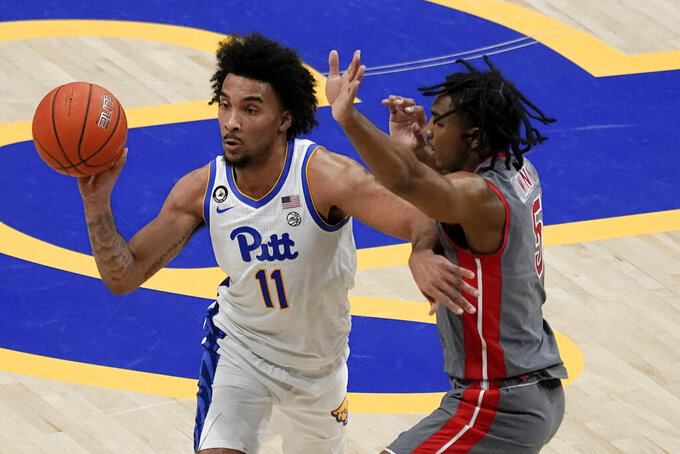 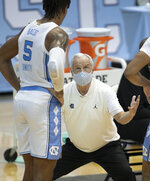 No. 23 Louisville at No. 12 Wisconsin. It’s a belated matchup from the ACC/Big Ten Challenge. The teams were set to play Dec. 9 but the game was postponed due to coronavirus issues within Chris Mack's Cardinals program that led to a pause in team activities. But the teams announced Monday that they would meet Saturday, marking the first game for Louisville (4-0) since beating Western Kentucky on Dec. 1.

There will be an early instate rivalry matchup between No. 22 North Carolina and North Carolina State, which is set to host Roy Williams' Tar Heels on Tuesday night after being sidelined for about two weeks due to coronavirus concerns. Kevin Keatts’ Wolfpack beat Massachusetts-Lowell on Dec. 3 in “Bubbleville” at Uncasville, Connecticut, but had to cancel the game against Connecticut two days later due to a positive COVID-19 test. That was one of four straight Wolfpack games to be canceled or postponed, with the Wolfpack returning to action Thursday at St. Louis in a late addition to the schedule.

Pittsburgh’s Justin Champagnie entered ACC play on a scoring and rebounding roll. The 6-foot-6 sophomore had 20 points and 20 rebounds against Northwestern on Dec. 9 then had 24 points and 21 rebounds Saturday against Gardner-Webb, becoming the first Division I player to post consecutive 20-point, 20-rebound games since Purdue’s Caleb Swanigan during the 2016-17 season. He had just 10 points and nine rebounds in Wednesday's win against Miami, but can pursue another big outing when the Panthers face Louisville on Tuesday.

The ACC’s haul of six teams ranked in Monday's AP Top 25 is second only to the Big Ten’s seven, but it’s backloaded with No. 15 Florida State as the highest-ranked among the group. And with Duke's 11-spot tumble to No. 21 on Monday, the league ended a run of 461 straight polls with at least one team inside the top 10 dating to the 1995-96 season. According to the ACC, that run was a record length for any conference, surpassing the ACC's previous mark of 190 polls from 1978-89.

The ACC women's race is headlined by No. 2 Louisville and No. 4 N.C. State, which claimed a road win against then-No. 1 South Carolina to start the month. But Jeff Walz's Cardinals have paused team activities due to a positive COVID-19 test and contact tracing, with issues surfacing after a win at Duke on Dec. 9. The Blue Devils, led by first-year coach Kara Lawson, later announced they were also pausing team activities due to two positive tests and contact tracing, leading to the postponement of Sunday's visit to face the Wolfpack led by junior Elissa Cunane.