No. 24 Cincinnati holds off Wichita State for 66-63 victory 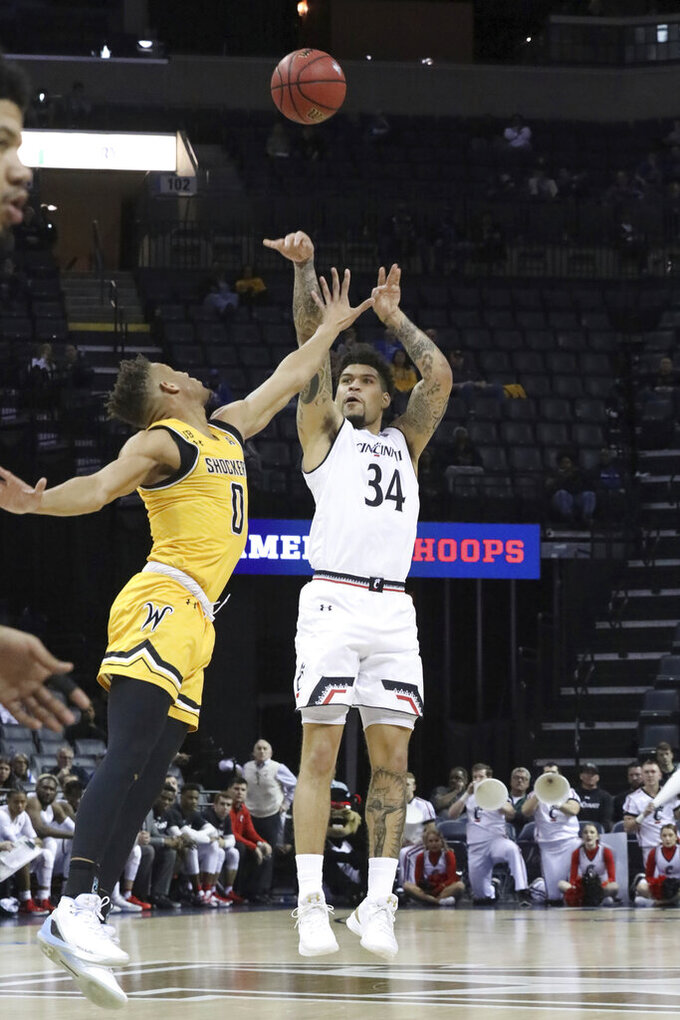 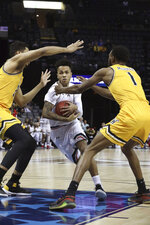 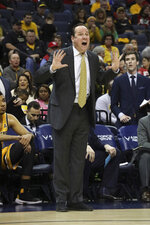 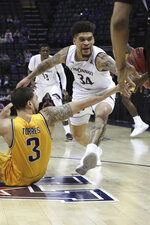 MEMPHIS, Tenn. (AP) — As Cincinnati expected, Wichita State had one last run down the stretch — enough to pull even, but not overtake the No. 24 Bearcats.

Nysier Brooks scored 13 points and Cane Broome hit the go-ahead layup with 23.5 seconds left to give No. 24 Cincinnati a 66-63 victory over Wichita State in Saturday's semifinals of the American Athletic Conference tournament.

The victory was the second of Saturday's semifinals where the underdog tried to overtake the better seed. Memphis rallied, but fell to Houston 61-58. That sets up the championship showdown between the conference's top two teams - Cincinnati as the No. 2 seed and top-seeded Houston.

"This is the time of year that you are not into splitting atoms," Bearcat coach Mick Cronin said. "You win and move on."

Tre Scott had 12 points and eight rebounds, Jarron Cumberland, the conference player of the year, was limited to 11 points going 3 of 16 from the field.

Markis McDuffie, who had a career-high 34 points in the Shockers quarterfinal 80-74 win over third-seed Temple on Friday night, scored 18 for the Shockers (19-14), the tournament's No. 6 seed. Samajae Haynes-Jones had 17, despite missing six of his seven 3-point attempts.

"We were one play short against a very, very good team, a very well-coached team, a team that's going to go to the NCAA tournament and hopefully advance pretty deep," Wichita State coach Gregg Marshall said.

Cincinnati appeared in control with a 62-55 lead with 4:44 left, when the Shockers made their run. They eventually would catch the Bearcats at 62-all, then again deadlocked at 63.

The 63-all tie came after Wichita State's Jaime Echenique split a pair of free throws with 46.7 seconds left.

On the ensuing Cincinnati possession Broome got to the rim for a layup and a Bearcat lead of 65-63 with 23.5 second left.

Wichita State coach Gregg Marshall called timeout to set up a play. McDuffie drove on Cincinnati's Keith Williams, but missed in close. The Bearcats grabbed the rebound and Cumberland split a pair of free throws for the final margin.

For Marshall, despite the loss, the season was rewarding. The Shockers were not expected to have their normal good team this season, and started out living up to those expectations. Wichita State started the conference 1-6 before closing the season winning 11 of 13 before Saturday's semifinal loss.

"It's been very rewarding to watch just the individuals as well as the team collectively improve to get to this point where we were one play shy of playing for a championship," Marshall said.

Wichita State: The Shockers entered the game having won six straight, including beating No. 3 seed Temple on Friday night. Despite trailing by seven — 62-55 with 4:44 left — the Shockers made seven of their next eight shots and put together a 9-2 run to deadlock the game. But Broome's layup kept the Shockers from extending their winning streak.

Cincinnati: Cumberland struggled throughout the game, and dealt with foul trouble in the second half. But while he was out, the Bearcats were able to extend their lead. That was significant in providing a buffer as Wichita State made its comeback.

Cincinnati coach Mick Cronin said he wanted to reach the championship game, not only to play for the crown, but also because "my feeling is Houston is as good as anybody in the country."

Then there is the fact that the Cougars have won both games between the two teams this season. "Obviously, you want to try and right the fact that they beat you twice," Cronin said. "That doesn't happen a lot around Cincinnati."

Wichita State: Waits to see if they get a postseason invitation.